FBI, Hushpuppi and Abba Kyari: What If…? 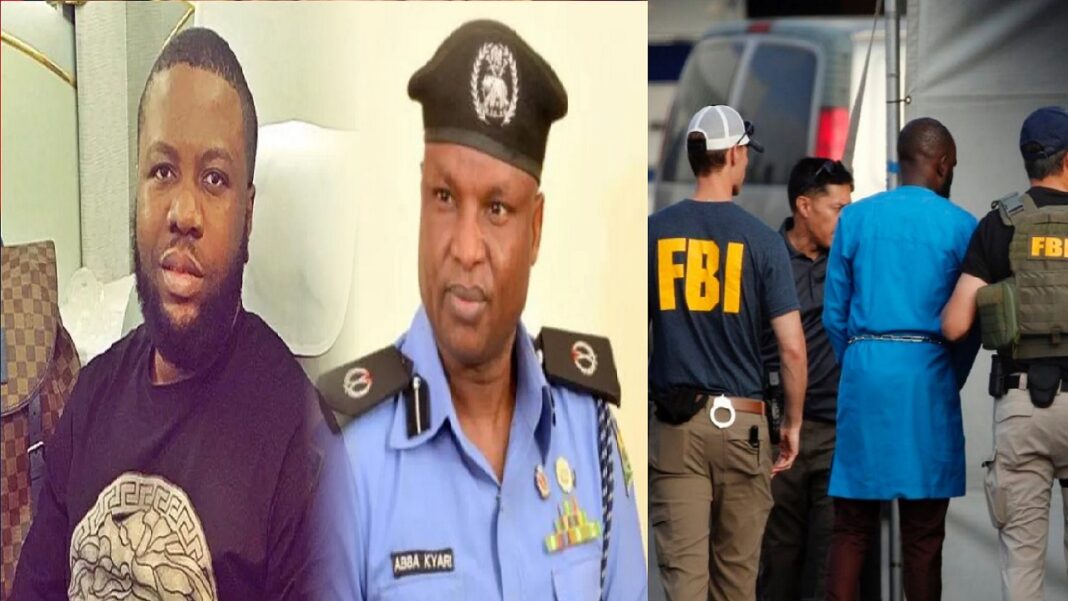 Mr. Abbas, described as “among the most high-profile money launderers in the world, admitted to his significant role in perpetrating global BEC fraud, a scheme currently plaguing Americans,” said Kristi K. Johnson, the Assistant Director in Charge of the FBI’s Los Angeles Field Office.  Hushpuppi has pleaded guilty to the charges preferred against him and is scheduled for sentencing in October 2021.

Abba Kyari’s alleged involvement may have come, as “Court documents outline a dispute among members of the conspiracy, which allegedly prompted Vincent to contact the victim and claim that Abbas and Juma were engaged in fraud. After this contact, Abbas allegedly arranged to have Vincent jailed in Nigeria by Abba Alhaji Kyari. He is alleged to have arranged for Vincent to be arrested and jailed. Kyari also allegedly sent Abbas bank account details for funds transfer.

In his reaction, Kyari explained that: “Abbas who we later came to know as Hushpuppi called our office about 2 years ago that somebody in Nigeria seriously threatened to kill his family here in Nigeria and he sent the person’s phone number and pleaded we take action before the person attacks his family.”

“We traced and arrested the suspect and after investigations we discovered there wasn’t an actual threat to anyone’s life and they are long-time friends who have money issues between them hence we released the suspect on bail to go and he was not taken to any jail. Nobody demanded for a kobo from Abbas. Our focus was to save people’s lives that were purported to have been threatened.”

See also  The Masses as Instruments By Abiodun Komolafe

In response to a request by the Federal Bureau of Investigation to arrest DCP Abba Kyari, the Nigerian Police authorities, in a statement by the Force Public Relations Officer, Frank Mba, ordered an internal review of the allegations against Kyari.

The statement reads in part: “sequel to the receipt of allegation and indictment processes from the Federal Bureau of Investigation (FBI) against one of the personnel of the Nigeria Police Force, DCP Abba Kyari, the Inspector General of Police Usman Alkali Baba has ordered an internal review of the allegations. The Nigeria Police Force reaffirms its commitment to the pursuit of justice and strengthening of its relationship with the FBI and other international partners.”

Next was a recommendation by the Inspector General of Police for the suspension of Kyari, a move that got the prompt approval of the Police Service Commission. A 4-man Special Investigation Panel has commenced probe of Abba Kyari.

In all of these, one thing that stands out is the mob mentality of many Nigerians. Almost everyone is calling for the head of the embattled crime buster- Kyari. He has suddenly become an enemy to all. So many other allegations have emerged against him. The same super cop that was highly celebrated in almost all the quarters has suddenly become a friendless orphan? Nigeria!!!

Meanwhile, in all of these, so many questions have remained unanswered. First, as at the time of alleged closeness of Abba Kyari with Hushpuppi, was he (Abbas) a crime suspect? Was he wanted or arrested by any law enforcement agency anywhere in the world? Should a senior Police Officer paid with tax payers’ money not be open to relating with fellow Nigerians whom they depend on for useful information to burst crime?

For one that has over the years dealt with high profile criminals in the country, is the sum being taunted (three hundred thousand – 300,000.00) not ridiculous? If Kyari were to collect bribes, will it be three hundred thousand Naira? Can’t drug lords and barons he has arrested over the years afford to pay billions for their freedom, yet Kyari ensured they faced the law?

Again, is the international community really happy with the kind of success recorded by Kyari and his men in crime fighting in Nigeria or is there any form of international conspiracy? Those in international criminal deals do so with the US Dollars. Could Kyari’s exploits be a threat to the economy of the United States?

It is only natural that criminal elements who have been hit by Kyari over the years may want to take advantage of the latest development to see to his downfall. Is crime not fighting back?

What of the battles within the Police Force? Are Kyari’s colleagues and contemporaries happy with his exploits and success stories or is jealousy playing any role? Are fifth columnists involved? Is it a case of calling a dog a bad name to hang it?

As at the time of the incident, Hushpuppi was like every other Nigerian. What offence did Kyari commit by simply relating with a fellow citizen? No law enforcement agency anywhere in the world can succeed without citizens’ collaboration. When did opening one’s doors for citizens’ collaboration become an offence?

It is unfair to allude that Kyari benefited from proceeds of crime even when he was dealing with an innocent Nigerian without baggage (as at the time of the incident). After all, it is a constitutional requirement for citizens to support law enforcement agents. Did Kyari investigate Hushpuppi?

The story of former Minister, Kemi Adeosun is still very fresh in our minds. She was accused of certificate forgery. Nigerians, via the same mob mentality called for her sack. She eventually resigned. In July 2021, a court of competent jurisdiction found her innocent, but the damage had already been done. Has anyone apologized to her? We have moved on, as though nothing happened. This is most unfair.

Today, a man that has put his life on the line to protect Nigerians, a nightmare to criminals all over Nigeria, DCP Abba Kyari is accused of collecting money from Hushpuppi and in the same way, Nigerians have erased all his good deeds and commitments to the security of this country. We are calling for his head.

Is Nigeria a friend worth dying for? Why must we always jump at every opportunity to destroy those that have made huge sacrifices for our country? Must we kill all our ‘generals’? What really is wrong with our country? This is how not to reward hard work.

Again, what if Abba Kyari is innocent?