Nigeria: A Health Sector in Crisis, By Emmanuel Nwachukwu 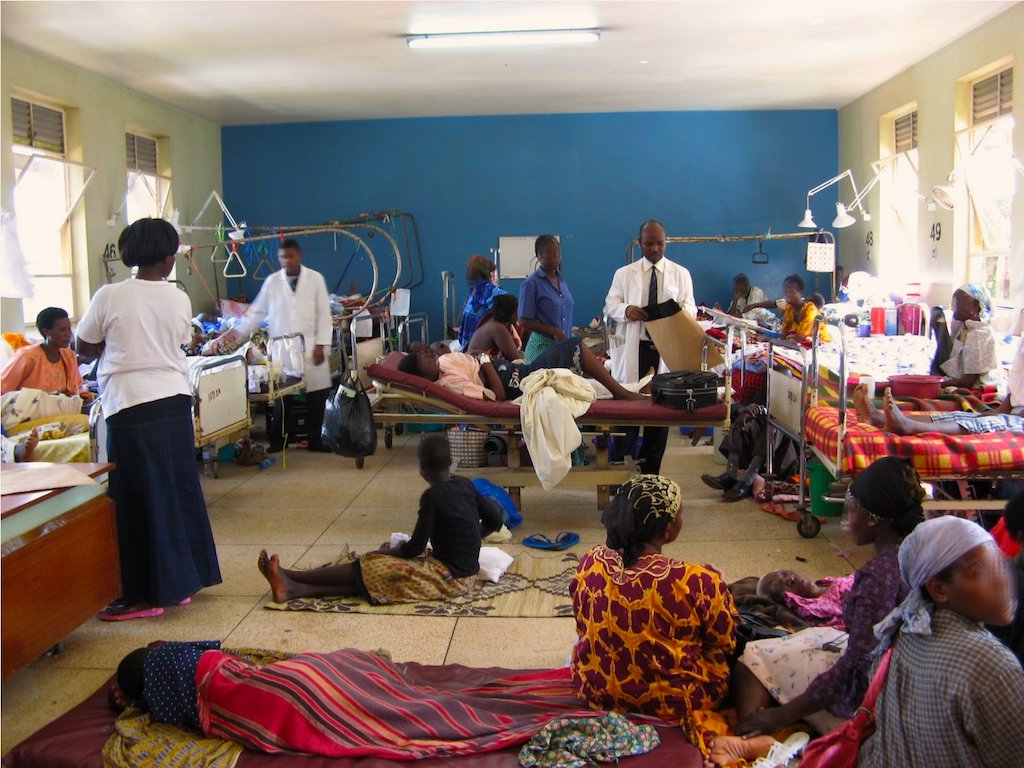 At a time when people are generally living longer, with a global average life expectancy of 73 years, the average Nigerian will be lucky to attain the age of 60. With a life expectancy of 55 years, Nigeria is one of four countries with the lowest life expectancies in the world, after the Central African Republic, Lesotho, and Chad, based on the latest data from the United Nations. At the root of early deaths in Nigeria is a healthcare system that has virtually collapsed due to the lack of investment. The latest World Health Organisation survey ranks Nigeria’s healthcare system as the fourth worst in the world. This would not come as a surprise to Nigerians living in a country where there are no ambulance services or a simple toll-free number, like 999 to call in an emergency. In the unfortunate event of a heart attack, the chances of survival in Nigeria are dire.

For decades, Nigeria’s health sector has suffered from acute underfunding, whilst the country’s leadership have jetted off to the U.K. and the Dubai, to get the medical care they have callously denied their fellow citizens. Even Nigeria’s number one citizen would have nothing to do with the healthcare system he superintends, preferring instead to patronise, unashamedly, the health services built by his peers in the U.K., at great cost to the Nigerian treasury.

In the last ten years alone, Nigeria has added almost 50 million people to its headcount, more than the entire population of Canada of 38 million, without any commensurate increase in investment in health. The Federal Government budget for health this year for the entire country is a miserly $1.07 billion (N547 billion), less than half the $2.4 billion (£1.7 billion) expenditure budget for Guys’ and St Thomas’ – a government hospital in the U.K. favoured by Nigeria’s ruling elite.

Apart from, perhaps, a few top private hospitals, the majority of hospitals in Nigeria are no more than mere consulting rooms, lacking in everything. Even empathy is in short supply, with the poor bearing the brunt of ill-treatment from health workers, overwhelmed themselves by the daily throng of patients needing care.  With patients required to meet the full cost of treatment, Nigeria’s healthcare system has literally priced out access for over 100 million citizens living in poverty. Hospitals, however, argue they would be forced to close, if not able to recover the full cost of treatment from patients, in the absence of adequate funding from the government. It is not uncommon in Nigeria for patients to be ‘held hostage’ in wards until a kind benefactor pays their medical bills. For very serious medical conditions, deposits of over half a million naira are required before treatment can even commence, an impossibility for over half the population, which lives in extreme poverty, according to the World Poverty Clock.

Sadly, inadequate funding is just one of the multi-faceted challenges plaguing healthcare delivery in Nigeria.  Much has been said about the problem of quacks in the system and the risk these individuals pose to the lives of patients. Here is a worrisome social media account from a health practitioner: “A patient with a slow pulse advised by a doctor to drink Coca-Cola to bring it up. A patient who was bleeding from the anus for 18 months was receiving blood transfusion with no tests until an endoscopy revealed much later that the patient had cancer, by then it was too late. A patient was told she had diabetes and was receiving treatment as a diabetic for 12 years only to find she was never diabetic. A doctor without any formal surgical training was alleged to have performed a complicated bowel surgery on a patient who died in the operation. A patient bled to death after a doctor carried out a renal biopsy without a simple medication history that would have revealed that the patient was on aspirin, a blood-thinning agent. A doctor administered a dextrose drip on an unconscious patient without first checking if the patient was diabetic – the patient never woke up. Another diagnosed bone tuberculosis by just touching a patient’s jaw without doing a single investigation and had planned to remove the patient’s jaw. The patient was saved when she sought a second opinion while abroad and was found to have a benign lymph node.” These allegations, grave as they are, should not diminish the hard work of the vast majority of doctors and health workers, who continue to do their best for patients, with little resources and under very difficult circumstances; some owed many months of unpaid salaries and allowances.

Some have described Nigeria’s hospitals, perhaps too harshly, as where people go to die. With a public health system characterised by a shortage of drugs, equipment and medical specialists, Nigerians seem to have resigned themselves to the possibility of an early death, if unfortunate to be struck by any serious illness. The shortage of specialist medical personnel is further compounded by the mass migration abroad of Nigerian trained health professionals, due to poor conditions of service and worsening insecurity in the country. A House of Commons report in 2020 revealed that 8,241 Nigerians are currently working in various capacities in the National Health Service (NHS) in just England alone, and more are coming!

Unfortunately, there seems to be no strategy by the government for addressing the challenges facing healthcare delivery in the country and the huge gap in funding. A recent study in the BMC Public Health showed that since the launch of the National Health Insurance Scheme (NHIS) in 2005, less than 5 per cent of Nigerians have taken up health insurance, whilst the rest of the population continue to finance their healthcare needs through out-of-pocket expenditure. With dwindling public finances, there is a need for the government to consider compulsory universal health insurance, as a means of funding the health sector, as well as improving access for the millions of citizens who are unable to afford healthcare. Contributions into the scheme should be on a sliding scale that takes into account individual earnings, with the poorest citizens entitled to free health insurance. Universal Health Insurance has been a great success in Rwanda, considered to have one of the best health insurance schemes in Africa, with over 90 per cent coverage.

The government must explore innovative ways of addressing healthcare delivery in the country, in a manner that focuses on partnership between states, the private sector, and the huge talent of Nigerian health professionals in the diaspora. The eradication of polio in Nigeria is just one example of how private money and charitable organisations can partner with the government to deliver the desired health outcomes.

It is time for Nigeria’s leadership to start building in Nigeria those hospitals in Dubai and London they so delight to patronise and spare the country the costs and the ignominy of depending on other countries for the healthcare services they should be providing Nigerians here at home. In the event of a heart attack, London would certainly be too far to save anyone!