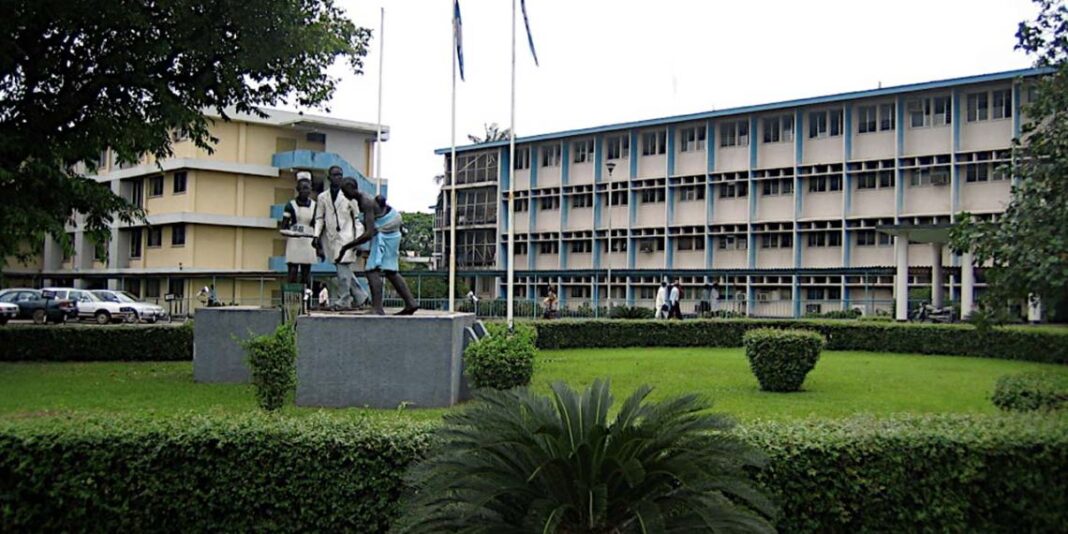 Harder times await Nigerians who need medical attention at the nation’s public tertiary health facilities as striking doctors – members of the National Association of Resident Doctors (NARD) – and the labour minister, Chris Ngige, have held on to their stance.

The minister on Friday while appearing on a Channels Television’s programme – Politics Today – said he had invoked the ‘no work, no pay rule,’ against the striking doctors, saying “they were taking the country for a ride.”

Mr Ngige also threatened that the doctors would be sacked by their various employers if the seven-day ultimatum he issued them expires.

The ultimatum, according to the minister, expires on Monday.

But in his reaction, the NARD President, Okhuaihesuyi Uyilawa, said the strike will continue until their demands are met.

Mr Uyilawa, who spoke in a telephone interview with PREMIUM TIMES on Saturday, said his members are unperturbed by the minister’s threat.

“Let him sack all of us, we are not begging him. He is just the minister of labour and not President Muhammadu Buhari.

“He’s not even the first to sack doctors. Onyebuchi (Chukwu), the health minister between 2010 and 2014 sacked doctors during his time. The only thing that happened was that it brought the sector down.

“When Ngige does the same thing, it will only appear in his legacy as the labour minister that sacked doctors because they are demanding their wages and welfare packages.”

The minister, during the TV programme, highlighted a timeline of resolutions and engagements with the doctors to resolve their demands.

He, however, said despite the engagement and efforts to resolve pending demands, the doctors remained adamant about embarking on strike.

“Next week I’ll escalate this issue because reconciliation has failed,” the minister said, adding that “I won’t meet them anymore because I have other things to do. I did two conciliations yesterday. Am I going to be wasting my time with them?”

The minister said there are other tools within the labour laws that he would use against the striking doctors.

“I invoked Section 43 of the labour laws this afternoon. I have communicated it to NARD. They will not receive money for the period they are on strike and it will never count as a pensionable period in their career.

“Even the International Labour Organisation supports it because they render essential services. They are not supposed to go on strike without notifying me 15 days before the day of the strike.

“As we speak, I have not received any notification and that is why I am invoking Section 43 of the Labour Act on withdrawal of services, right to strike and the right to protect the employer and their patients.”

He said “things will happen next week,” and told the public to just fold their arms and watch, saying the doctors “are playing with lives.”

“My children are medical doctors and I have warned them not to be part of this nonsense strike,” the minister added.

Mr Ngige said after the seven-day ultimatum, he would “invoke other things applicable by law.”

Asked what he meant by that, the minister said, “I will ask their employees to replace them. You can call it sack or whatever you want but that is what I will do. I have no other options.”

The NARD president blamed the rapid migration of Nigerian medical professionals abroad on the poor treatment and welfare in the health system.

“It is patriotism to Nigeria and our parents that is making us keep practising in the country,” Mr Uyilawa said.

He accused the minister, also a medical doctor by profession, of paying little or no attention to the plight of the healthcare workers in the country.

The doctors said most of the 12 issues listed on their association’s demands are yet to be comprehensively addressed, and that the development has left many of them dejected and unhappy.

Speaking on the government’s response to the doctors’ demands, the minister had claimed that the majority of the 12 demands have been met.

On medical and life insurance for frontline doctors, the minister claimed the government has released N9.3 billion for payment of premium. He said many families of the 19 doctors that died from COVID-19 have been cleared for payment and that the government only asked the NARD to identify them on the list submitted to the government.

But the NARD president described the minister’s claim as false, noting that none of the 12 demands has been met.

He said none of the families of the 19 doctors who died on the frontline has received the life insurance benefits.

On hazard allowance, Mr Ngige said about N37.5 billion has been released for all health workers, a claim countered by Mr Uyilawa, saying money released is not money paid.

“Up till now, we still receive the initial hazard allowance of N5,000 monthly,” he noted.

The NARD president also listed unpaid minimum wages; shortfalls in doctors’ salaries of 2013, 2014 and 2015; non-capturing of doctors under the IPPIS platform among the unmet demands.

The NARD on Monday resumed indefinitely the strike it had suspended earlier in April, saying having observed things for more than 100 days, the union realised that the government was taking its members for granted.
The doctors’ grievances are contained in a Memorandum of Action (MOA) endorsed in April by both the striking doctors and the government representatives including Mr Ngige.

The doctors had demanded amongst other things, the immediate payment of COVID-19 inducement allowance to some of its members in federal and state tertiary institutions.

They also demanded the review of hazard allowance for health workers due to the risk associated with their profession.

The association also decried the undue hardship its members on GIFMIS platform are facing due to the delays in payment of their salaries ranging from three to seven months.

A communique issued at the end of the NARD’s national executive council meeting which held in Abia State, South-east Nigeria, had read in parts; “The NEC noted that despite Government promise to migrate her members from the GIFMIS to the IPPIS platform, they are still stuck on the GIFMIS platform which is laced with payment irregularities.

“The NEC noted with grievous concerns the circular from the Head of Service of the Federation removing House Officers from the scheme of service and the consequent implementation by the Lagos State Government.”

The association also claims that some house officers, who are fresh graduates from medical schools, are still owed between one to two months salaries, and that “the NEC noted that ‘bench fee’ for outside postings by resident doctors has been abolished, however some Chief Medical Directors have renamed the bench fee as training fee causing hardship for our members.”

The NARD, which is the association of certified doctors undergoing residency to become consultants, is also the body with the largest membership of physicians in Nigeria’s health sector

The strike has since paralysed the nation’s health sector with many patients hurriedly discharged during the week without full recovery.

This is happening at a time Nigeria officially declared the third wave of the coronavirus pandemic in the country, with a record number of about 32 deaths in four days.

But in his response to the prevailing circumstances and the plight of many Nigerians in need of medical services, Mr Uyilawa said the union’s demands are also a matter of life and death.

“Our demands are so pressing and it is a matter of life and death. Many of our members have died. Until the demands are met we are not calling the strike off,” he said.

While the doctors strike continues in Nigeria, President Muhammadu Buhari is still in the UK where he is receiving medical attention.

The president is expected back in Nigeria next week.