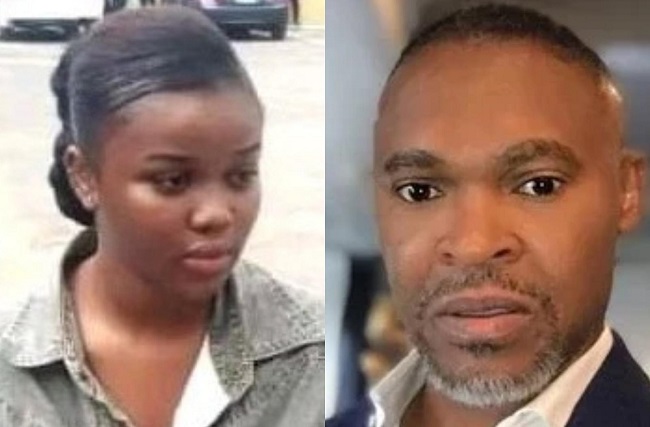 A Yaba Chief Magistrates’ Court in Lagos on Monday remanded a 21-year-old student, Chidinma Ojukwu, and one other for 30 days at a correctional centre for alleged murder. Ojukwu and Adedapo Quadri (40) are facing trial for allegedly killing the Chief Executive Officer of Super TV, Mr Usifo Ataga.

The Chief Magistrate, Mrs Adeola Adedayo, gave the order after the prosecutor, Cyril Ejiofor, appealed to the court to remand them to enable the police to complete investigation into the case. Adedayo also ordered that the case file be forwarded to the Lagos State Directorate of Public Prosecution (DPP) for legal advice. She, thereafter, adjourned the case till September 5 for mention.

He alleged that Ojukwu and Quadri conspired to kill Ataga and stole his laptop, phones and cash valued at N3.8 million.

On arraignment on Monday, the police had brought Ojukwu, Quadri and five other defendants to court. The other five defendants are Onoh Ojukwu (57), Obafemi Disu (42), Chioma Egbuchi (28), Olutayo Abayomi (23) and Ifeoluwa Olowu (24).

But the magistrate ruled that the prosecution should separate the charge of Ojukwu and Quadri from the other five defendants before arraignment. The magistrate said Ojukwu and Quadri should be arraigned for conspiracy, murder and stealing, while the others should be rearraigned for allegedly receiving stolen property, resisting public officers and attempt to pervert justice.

The prosecution separated the charges and appealed to the court that the other five defendants would be docked before the end of Monday’s sitting. Later, Mr Onoh Ojukwu and the other four were arraigned for alleged obstruction of justice and failing to report a crime to law enforcement agencies. Onoh Ojukwu is the father of Chidinma.

Ojukwu and Disu are to face trial on charges of obstructing the police from performing their duties and failing to report a crime to the police, while the three other defendants, Egbochi, Abayomi and Olowu are to face trial for dishonestly receiving stolen items. They all pleaded not guilty to the charges.

The prosecutor from the State Criminal Investigative and Intelligence Department (SCIID), Panti, told the court that the defendants committed the offences on June 18 and 23, at Computer Village, Ikeja, and Alagomeji, Yaba.

He alleged that Ojukwu had refused the police from arresting his daughter, Chidinma, when the law caught up with her. Ejiofor added that the second defendant, Disu, had also failed to report the death of Ataga to the police.