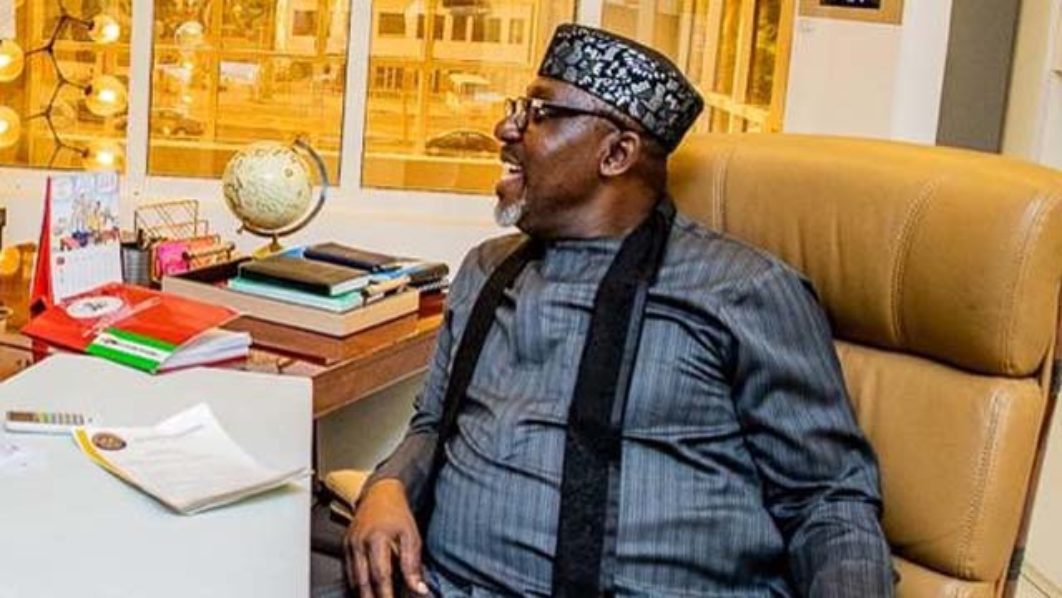 Following Monday’s order of an Imo State High Court for the final forfeiture of some property of former Governor Rochas Okorocha, Atlantic Reporters reports that the former Governor may have rushed to the Attorney General and Minister for Justice, Abubakar Malami for assistance.

Atlantic Reporters’ investigation revealed that Okorocha was at the Honourable Attorney General’s office Monday afternoon and left at about 1:30pm, in a dark Benz Bus, adorned in Grey colored Hausa native apparel.

Although details of the meeting remain sketchy, sources say it may not be unconnected with yesterday’s court judgement ordering the final forfeiture of his property worth billions of Naira to the government of Imo State.

It would be recalled that an Imo State High Court sitting in Owerri, Monday, ordered final forfeiture of all property of former Governor Rochas Okorocha to the state government.

The presiding judge, Justice Fred Njemanze, who was sitting as a vacation judge, in his judgment, yesterday, said Okorocha failed to give concrete and verifiable reasons why a final and absolute forfeiture order should not be given in favour of the Imo State government.

The judge insisted that Okorocha did not convince the court why the forfeiture should not be made absolute and final.

The forfeited property are contained in Pages 226 to 272 of the Imo State Government White Paper report by a Judicial Commission of Enquiry on Recovery of Lands and other related matters.

Justice Njemanze, who added that the suit filed against the state government by Okorocha’s counsel was not properly filed, maintained that the white paper gazette by the Imo State Government is a legal binding document.

BUT in a swift reaction, the lead counsel to the former governor, Oba Maduabuchi, held that they would appeal the judgment, maintaining that there could have been adoption of the matter, which was not held.

He said: “How can you ask me to come for adoption and you don’t sit and on Monday, you give him judgment on the matter you said I should come and adopt on Friday and you did not sit. Does it make sense to you?”

A few months ago, the retired Justice Florence Duruoha-Igwe panel had recommended forfeiture of property hitherto belonging to Okorocha to the Imo State Government.

Dissatisfied by the panel’s recommendation and white paper, Okorocha filed a suit to challenge it.

Besides, Justice Njemanze had in February 26, 2021, given an interim order of forfeiture of the said property.

Counsel to Okorocha, Maduabuchi immediately announced his intention to appeal against the judgement.