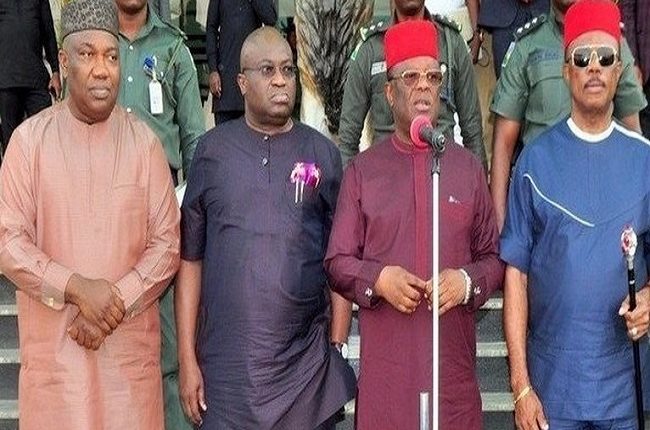 • ‘All Parties Should Pick Their Candidates From Our Zone’

According to him, the region has sacrificed a lot and must be allowed to produce the next President of the country whether zoning or not zoning.

Umahi made this known during a prayer summit organised by the state government at Ecumenical centre, Abakaliki.

He called for intergration of the zone in the affairs of the country. According to him, Nigeria must treat South East fairly and on equitable order.

He said: “We will continue to say as a father of the statement that we will not belong to Biafra, we will not.

“What is good for other states, is good for south east, it doesn’t matter whom God enthrones. Let south east be properly intergrated in the affairs of this nation. We are nation builders, we should not be filt.

“We have investments in every part of this country and people use hate speeches to keep us down, people should not be afraid of us.

“We will work with the people for love and unity of this country. Give us a chance, treat us fairly for we have sacrificed. Even the states that are asking for VAT to collect, we have contributed alot in building those states”