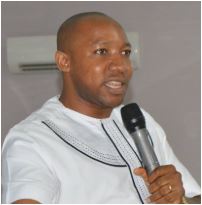 Public Relations expert and communications consultant, Dr. Walter Duru has described as shocking, the continued silence of the Governor of Imo State, Chief Hope Uzodinma over the unfortunate incident in Izombe, Oguta LGA of Imo State, which rendered thousands of indigenes of the area homeless.

Duru, in a Press Release made available to newsmen in Owerri, Sunday, argued that Governor Uzodinma’s decision to leave the people to their fate was a bad example, describing it as unfortunate.

“On Friday, October 8, 2021, heavily armed men, suspected to be soldiers from the 34 Field Artillery Brigade, Obinze, invaded Umuokwu village in Izombe, Oguta Local Government Area of Imo State, where they burnt over seventy houses, destroyed property worth billions of Naira and rendered thousands of people homeless.”

“72 hours after the unfortunate incident, no official of the Imo State government has said one word, not to talk of visiting the area. The body language of the present administration in Imo State is very dangerous. It sends a strong signal that those in authority do not care about the wellbeing of the citizens, else, how could a government be so insensitive that an incident of that magnitude occurred in the state and the government is not concerned?”

“I mean that soldiers invaded a community in your state, killed, maimed, destroyed property worth billions of Naira, set about seventy houses ablaze and three days after, the State Government has shown no concern? he queried”

Continuing, Duru described the incident as unfortunate, even as he called for a Panel of Inquiry to investigate the remote and immediate causes of the mayhem, while ensuring that those responsible are made to face the law.

Duru, an Assistant Professor of Communication and Managing Consultant with Communication Agenda Nigeria Limited, a Public Relations firm, also called on the Federal Government and the international community to commission a probe into the incident.

While commiserating with the affected community, he called on well-meaning Nigerians to support them with relief materials.