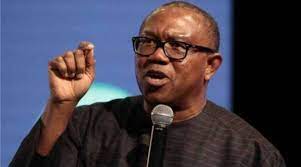 Former Governor of Anambra State, Mr. Peter Obi has been asked to report at the Abuja office of the Economic and Financial Crimes Commission-EFCC on October 27, 2021 for questioning.

Mr. Obi, who was Vice Presidential candidate of the Peoples Democratic Party in the 2019 Presidential election in Nigeria is invited in connection with some alleged illegal offshore activities reported in the ongoing Pandora Papers series.

The presidency had earlier directed that Nigerians exposed in the reports be investigated.

The Pandera papers alleged that Mr. Obi incorporated offshore holdings, which he did not declare to the Code of Conduct Bureau when he served as a governor and how he continued to manage his Next International UK Limited 14 months after becoming a governor.

He is also accused of operating a foreign accunt, while he was serving as Governor of Anambra State.

It would be recalled that, apart from Mr. Obi, acting NPA MD, Mohammed Bello-Koko, and former minister and serving senator, Stella Oduah, have been reported in the ongoing Pandora Papers series.