Inside The Pandora Box By Dakuku Peterside 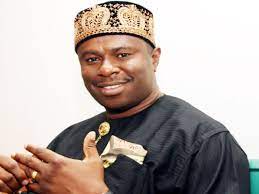 Exposing secrets in the public interest is gradually gaining public acceptance and appreciation. It is also a testament to how technology has further reduced the world to a global village. The men and women who do such exposé are “whistle blowers “, “information insurgents” and, in a more civil language “investigative journalists”. The more celebrated outlet is Wikileaks, but specific individuals have gained international public notoriety for exposing secret information globally. They include Mr Assange, Edward Snowden, and Chelsea Manning.

Over 330 politicians, high-level public officials, and high-net-worth individuals are affected by this exposure in more than 90 countries and territories. Included are ambassadors, mayors, generals, political advisers, and Central bank Governors. This incident has led to a Babel of voices, for and against, on the implication of the exposures. Although many foreign leaders were among those implicated in this Pandora papers  scandal , I am focussing on Nigerians and Nigeria – the complexities, complications, and implications of exposing these secrets.

Media reports indicate that the pandora papers implicated more than 10 Nigerian political, religious, and business leaders. They include “a former Governor of Anambra State, Peter Obi; a senator and former Aviation Minister, Stella Oduah; Mohammed Bello-Koko, the acting Managing Director of Nigeria Ports Authority; presiding Bishop of Winners Chapel, Bishop David Oyedepo; Governor Gboyega Oyetola of Osun State, and his Kebbi State counterpart, Atiku Bagudu”. I must point out that they have all denied any wrongdoing and have put out several defences of their actions in the public domain.

In a TV interview, Peter Obi, a stalwart of PDP, declared his innocence on all counts of secretly having offshore investments and not declaring all the assets belonging to him and his immediate family members before taking the office of Anambra State Governor. Mr Mohammed Bello-Koko, on his part, says that he opened the offshore accounts and companies before he took public office as the Executive Director and later Acting Managing Director in Nigerian Ports Authority. Mr Koko further claimed that his company took out loans to fund most of the assets at the investment time. He did no infraction of the law, according to him.

However, there is public demand to investigate individuals involved to ascertain the actual position of things and, if found guilty of any infractions against the law, must be prosecuted and punished no matter their political status. The suggested  violations to be checked include the sources of the funds for the businesses and assets to ascertain whether they are legitimate and legal and not proceeds of crime and corruption. And the second aspect for politically exposed people is determining whether they declared such assets and funds in the Assets  declaration forms  for public officeholders.

Pandora  papers , like earlier whistleblowing events, has brought several issues to the fore. The first is that there are no secrets in the world. It is only a matter of time and whether someone is interested in unearthing the mystery. Human imperfection often leads to the reality that what is considered confidential data may end up in the hands of disgruntled staff or information insurgents who, even at the risk of their lives, do everything possible to release the information to a global audience with a huge appetite to consume the secrets of the rich and powerful in the society. Pandora papers have shown that business secrecy is now old school, everything is open, and the world calls for more transparency. Even corporate and government malfeasance will be exposed someday, no matter how long it takes.

The second issue is that it is not only individuals who want to clad things in secrecy and use all means within their disposal to protect their privacy. But even governments are also liable for keeping secrets that may be working against the same people who elected them to serve. And this does not relate to financial transactions only. It does this sometimes in collaboration with financial establishments that are complicit in most of the sleaze cases. The government may also be compromised if the individuals or public officers involved are prominent government members or are known to be allies; government tends to minimise the seriousness of such revelations and often does nothing about it. We should never forget that most exposures of these secrets have political, moral, legal, and economic dimensions that will interest us.

The third issue is that it shows the importance of investigative journalism. Journalists and the media owe society the duty and responsibility of doing thorough investigative journalism and exposing any information in the public interest if necessary. By doing this, mainly when they abide by the ethics, rules, and legal provisions covering their investigation and reporting, they help uncover hidden information and hold influential individuals and corporate organisations accountable to the people.

On the other hand, businesses have a right to find a hiding place for themselves in the international system. The challenge is to strike a balance between the professional responsibility of journalism and the corporate obligation of companies. Companies are not guilty of any crime in this process. Similarly, owners of companies listed in offshore havens are not guilty of any crime by being so associated. It is the business of applicable local laws to determine the criminality of relevant business owners. The Pandora paper brouhaha is on the need to strike the necessary balance.

More critical than uncovering hidden truths is framing the information to contextualise its issues in the public interest. Specialised and interpretative reporting stresses the importance of sticking to facts rather than sensationalism and deference to subjective opinion. In cases like the pandora papers, facts are sacrosanct.

Some of the facts, in this case, are underpinned by a theoretical framework that underscores the limitations of secrecy and protection of privacy in an increasingly interconnected and interwoven world with significant advances in information and communication technology. Therefore, when offshore transactions made under cover of protective privacy or secret information leaks, as is the case with pandora papers, it makes sense to establish immutable facts: a revelation that somebody or an organisation or government used an offshore company to invest is not a crime – what constitutes a crime is when a public officer has used offshore vehicle to invest money gotten illegally or above what the law of the country permits; using offshore companies to conceal identity is not a crime in itself – the problem is if public officers own and operate such companies to launder fund; using an offshore company to buy properties abroad or make investment becomes a crime when the funds can be traced to the state or is a proceed of corruption.

Finally, the pandora paper scandal has moral, ethical, legal, and political ramifications that the media and Nigerian government must fully explore to establish lessons from any intended and unintended consequences. An act may not be unlawful but has moral implications that will be of interest to society. The legality of an action at every point in time is a function of individual countries’ law and it’s law enforcement agents.

There are several implications to Nigeria that the pandora papers expose reveals. The speed by which some media and citizens attacked and negatively interpreted information from the pandora paper indicates a deep distrust of public officials in Nigeria. This mistrust is such that they treat with seriousness any information on financial matters emanating from leaked documents like pandora papers, thereby adjudging the people mentioned, guilty of a crime. The court of public opinion vilifies and convicts such persons even when they may have committed no crime. However, the responsibility of determining whether a crime has been committed or not rests with national governments as their respective laws apply. We, therefore, implore the police and anti-crime agencies to treat the Pandora papers for what it is – only a source of additional information that cannot replace the work of proper investigation by those with primary responsibility to curb crime. It may be a starting point of the inquiry against any crime or corruption inherent in these private transactions.

Pandora papers undoubtedly would help raise the bar on the fight against corruption, especially if it uncovered that the public officials or individuals invested funds that are proceeds of crime or corruption. If the proper investigation and prosecution happen and guilty people receive due punishment and their profits from crime and corruption repatriated to Nigeria for public use, it may serve as a deterrent for future would-be criminals. Even if nobody is found culpable of crime, there is greater awareness among political and business leaders that they are under constant scrutiny.

That some politicians have investments in secret companies and assets in real estate and cash in secret accounts do not mean they have committed a crime unless proven guilty by a competent court. Some Nigerian politicians were successful entrepreneurs even before they joined politics and may have acquired lots of assets and therefore must not be executed because of these revelations unless they did not correctly disclose this before taking an oath of office. Pandora papers only mentioned about ten Nigerian political and business leaders, representing less than 0.001% of politically exposed persons and elite in the document.

In conclusion, I cannot overemphasize enough the importance and power of investigative journalism. The journalist must continue to hold individuals, corporate organisations, and institutions accountable by doing his job well. Public officials in Nigeria should also learn the importance of information insurgency in helping to expose and correct society’s ills. The important questions to reflect on are: can the pandora papers incident happen in Nigeria? If hitherto government or secret corporate papers are leaked, will it see the light of day? Do we have the calibre of investigative journalists and independent media that will do justice to such revelations? As we strengthen our media institutions and the quality of journalism practised in Nigeria, we should do well as people to avoid trial by the media and be mindful of damaging reputations of law-abiding citizens who happened to be rich and can afford to invest outside Nigeria.

Pandora papers have shown that we cannot keep all the information to ourselves. Information is now in the open market depending on who seriously demands it and for what. It is established that the disruptive power of the new media will raise the bar on citizens and leaders accountability for the ultimate benefit of society.