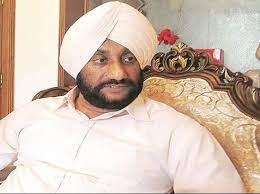 Since 2010 Nigerian publications have published 310 articles about a non-lethal technology which the Nigerian military could deploy to bring lasting peace to Nigeria. More importantly, when properly deployed in Nigeria it would also prevent future war and terrorism worldwide. This new technology, backed by extensive peer-reviewed research and battle field-tested by civilians and non-Nigerian militaries, is not secret nor classified. More importantly this technology could be easily and rapidly deployed by the Nigerian military: to operate it globally on full operational status would take roughly 8-9 months, and the cost would likely be less than that of 2-3 modern fighter jets.

The powerful, brain-based IDT involves large groups practicing the non-religious Transcendental Meditation® (TM) and the advanced TM techniques in order to harness group brain power to create a coherent field effect that influences all within its proximity. By elevating collective consciousness, people within the field effect are able to work together to find solutions to otherwise insolvable problems leading to war. An online lecture “An Important Message for All Military Leaders” by John Hagelin, a Harvard-trained Ph.D. physicist (see: https://www.gusp.org/directors/), explains in more detail how this works.

IDT is backed by 19 peer-reviewed studies published in reputable journals listed in an article titled: “A Humane Approach Towards Peace“ head-authored by Lt. Gen. Clarence E. McKnight Jr. (U.S. Army, Ret.). The article teaser states: “The first nation to permanently deploy a Preventative Wing of the Military (consisting of 10,000 – 15,000 military personnel practicing IDT twice a day) could actually become the catalyst for creating lasting world peace. The leader of such a group would likely achieve great fame and the Nobel Peace Prize for applying this human resource-based, non-lethal, and non-destructive approach” to end war in our lifetimes.

See also  The Race No Longer Between APC and PDP

IDT is currently in various stages of deployment worldwide; however, none are yet fully operational on a global scale: see Google search on “New Solution for Latin America: Transforming Lives and Changing Nations” and a short online video “Creating Peace in Ukraine on Vimeo“).

Colonel (Dr.) Brian Rees (US Army retired), an Afghanistan and Iraq war veteran and 2007 graduate of the US War College (USAWC), has carefully studied this approach in his USAWC Program Research Paper entitled “The Application of Strategic Stress Management in Winning the Peace.” The peer-reviewed studies cited in Col. Rees’s paper are based on the consistent, reliable results of this new approach to bring peace to worn-torn areas of our planet. The Sentinel a local newspaper in the hometown of the USAWC recently published this IDT article “Time for a new approach.”

Despite the abundant peer-reviewed research and actual field-tests by militaries, why has Rear Admiral Oladele Bamidele Daji at Nigeria’s National Defence College (NDC) not urged its implementation? Likely for the same reason that Major General John S. Kem, U.S. Army Commandant, U.S. Army War College has not. This 1921 quote by the late US Admiral William Sims probably suggests the main reason: “Ever since men first began to use weapons to fight each other, military men have been reproached for excessive conservatism, a polite term often intended to imply a dangerous class reluctance to accept new ideas.”

As an example, tanks were first used to follow-up after the infantry rather than to lead, because military leaders were initially afraid to use this new technology. They only reluctantly agreed to deploy tanks with the tactics they were accustomed to. American military leader Dwight Eisenhower, soon after WWI was threatened with court-martial by the Chief of Infantry. His offense? Advocating revolutionary new ways to deploy tanks. In his Infantry Journal article, Eisenhower pioneered what is now called a Revolution in Military Affairs (RMA).

This “conservatism” still exists today. For example, bombing has been one of the primary war strategies used in conflicts for decades. Can scholars at Nigeria’s premier National Defense College (NDC)cite any peer-reviewed published studies to indicate that bombing is an effective strategy leading to lasting peace? The only study that I am aware of involved the strategic-bombing review conducted shortly after World War II. It showed that the bombing of Germany was ineffective.

The late US Admiral Hyman G. Rickover, US Navy who led an RMA of his time said: “Good ideas are not adopted automatically. They must be driven into practice with courageous patience.”

At this time, when neighbors continue to skirmish with Nigeria at the border and a full-scale war may happen at any time, preventing enemies from arising with IDT is an idea whose time has come. Whatever Nigerian leader has the courage and patience to ignore the norm by quickly deploying IDT on a global level – this leader will create lasting world peace and be rightfully in line to collect a Nobel Peace Prize.

Maj. Gen. (Dr.) Kulwant Singh, UYSM, Retd. received his Ph.D. and M.Sc. in Defense Studies from Chennai University. He also has a postgraduate diploma in Human Resource Development from Indira Gandhi National Open University (IGNOU) in New Delhi. Dr. Singh has a postgraduate diploma in Management from the Regional College of Management and Technology (RCMT). He qualified for the prestigious Higher Command Course at College of Combat and is a graduate of the Defense Service Staff Collage. He fought in combat and led India’s fight against India’s intransigent terrorism problem for nearly 30 years. Maj. Gen. Singh was awarded the Uttam Yudh Sewa Medal, the second highest decoration for senior officers during operations in Sri Lanka as part of IPKF (Indian Peace Keeping Force). Today he is leading an international group of generals and defense experts that advocates Invincible Defense Technology.

Lt. Col. (Ret.) Gunter Chassé – decorated with the Honorary Cross of the Bundeswehr in Gold – served in the German Air Force mainly in the Integrated NATO-Air Defense and alternately in command and staff positions, and also was employed in Home Defense with territorial tasks. He is the author of the pioneering IDT alternative white paper On the New Security and Defence Policy of the Federal Republic of Germany and the Future of the Bundeswehr: Indomitable Strength through a PREVENTION WING of the Military.

Dr. David Leffler has a Ph.D. in Consciousness-Based Military Defense and has served as an Associate of the Proteus Management Group at the Center for Strategic Leadership, US Army War College. Currently, he serves as the Executive Director at the Center for Advanced Military Science (CAMS) and lectures and writes worldwide about IDT. Dr. Leffler’s editorial “Creating an Invincible Military” was featured in Fox News. He is available on LinkedIn, Twitter and Facebook.