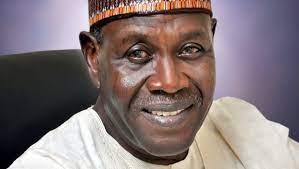 The remark by a former Secretary to the Federal Government, SGF, Alhaji Babagana Kingibe, that Nigeria’s unity is negotiable has elicited mixed reactions from regional blocs and eminent Nigerians, with the Arewa Consultative Forum, ACF, strongly disagreeing with him.

Kingibe, an elder statesman and influential politician from the northern part of the country, had spoken at a public function in Lagos.

“The moment either party feels this union is no longer bearable, that he or she will rather go his or her way, you help them to sit down, consider their condition so that they make the decision which suits them best. It is not enough to say I do not fare well where I am. So, I am going.”

The comment had reverberated across the country given that it was coming from someone from a region known for its opposition against the restructuring of the federation.

Coming also at a time self-determination calls are being made in some parts of the country, especially the South, gave traction to the assertion.

Apart from the Coalition of Northern Groups, CNG, a leading pro-North group, that seemed to be the first time in recent memory such a call was being made by someone who isn’t a southerner.

Given what has largely been regarded as marginalization of some sections of Nigeria, calls for the renegotiation of Nigeria’s unity emerged strongly in this dispensation.

This is evident from the agitation for Biafra Republic and Yoruba nation among others by some people in the South-West and South-East.

In fact, in his last Independence Day broadcast, Buhari reiterated the position.

“Nigeria is for all of us. Its unity is not negotiable. And its ultimate success can only be achieved if we all come together with a common goal of having peace and prosperity for our nation, ‘’ the President maintained.

Such a position was taken by the Arewa Consultative Forum, ACF, in response to Kingibe’s assertion.

Speaking to Sunday Vanguard, National Publicity Secretary of the apex northern group, Mr.Emmanuel Yawe, said:”I think it was his personal opinion. No northern group gave him the mandate to go and negotiate Nigeria’s unity. The 1999 constitution as amended is very clear on the issue of a united Nigeria. On this issue of Nigeria’s unity, the ACF would like to tell Babagana Kingibe that he is strictly on his own.”

However, CNG, in its reaction, said the former SGF was right to have said so, saying the agitation for the sovereign state of Biafra is enough reason to negotiate Nigeria’s unity.

Spokesperson for the body, Abulrazak Sulaiman, told Sunday Vanguard that events unfolding since 2016 make the negotiation of Nigeria’s unity inevitable.

He said: ‘’The Coalition of Northern Groups strongly concurs with Kingibe that Nigeria’s unity is certainly negotiable taking into account the events unfolding since 2016, especially with the unrelenting disturbances created by certain interest groups in the South-East, in the form of the agitation for a separate state of Biafra which has turned violent.

“The latest position of the North with regards to the dissolubility of the Nigerian union is informed by the embers ignited and fanned by IPOB and other authors of mindless violence and separatism who see it as their duty to actualise what their fathers started in 1966.

“As the representatives of various interest groups from northern Nigeria, the CNG is convinced that Nigeria is ripe for a definite review of its terms of existence as matters have reached a point whereby silence has become complicity and inaction no longer an option.

“The awareness that the perpetrators of violence have an agenda of destruction and collective mayhem and fervently hope it will engulf the entire country and bring about another civil war and mass killings and suffering of innocent people has also made us believe in the saying that Nigeria in its present construct is a mistake committed in 1914.

“Today, everyone can see that the diabolical scheme planned and exhibited in the actions and clamours of IPOB, supported morally and politically by the vast majority of Igbo elites, politicians, traditional rulers, business persons, and the larger population of this ethnic group has pushed Nigeria to the precipice.

We are convinced that this renewed violent determination of the Igbo to see through the secession of the South-East from Nigeria is now real and cannot be avoided or deferred any longer without terrible consequences.

‘’To avoid such mishaps and unnecessary devastation on all sides, CNG is of the view that resort to available means of actualising the separation of the South-East and any other enclave from the rest of Nigeria is today a vital task that must be undertaken by all.”

On his part, National Publicity Secretary of the pan Yoruba socio-political organization, Afenifere, Comrade Jare Ajayi, said it is heartwarming that Kingibe could openly identify with those who have been advocating for renegotiation of Nigeria.

Ajayi said: “Kingibe is a strong voice in Nigeria as an elected Vice President to late Chief MKO Abiola and a person who had served the country in various capacities. By his age and status, he also represents a strong voice in the North. For a person of his standing to openly endorse a renegotiation of Nigeria is a welcome development as it seems to indicate a shifting of position from a region that had hitherto been averse to sitting down to review the terms of our staying together in one country.

It is on record that Afenifere has been in the vanguard of calling for a discussion on how we should continue to co-habit as a people.

“Ambassador Kingibe put it right when he said that even a couple – which is supposed to be the most close-knit relationship – does have a situation requiring negotiation and sometimes separation. So, there is nothing wrong with parties in any relationship sitting down to review the basis of their togetherness whenever situations are warranting such.

“Under normal circumstances, coming together to discuss is desirable from time to time. The situation in which we are in Nigeria today makes it not just compelling but inescapable. For Nigeria not to disintegrate, we must come together to discuss our present circumstances and how we want to continue as a nation. That is what the restructuring mantra of Afenifere and others is all about. The earlier we do this, the better for all of us.

“It is heartwarming that Ambassador Kingibe has joined in the calls for such deliberation. It is hoped that he would begin to convince his fellow key personalities in the North to see the merits inherent in negotiation that will result in restructuring.”

He said the statement does not refer to the division of the country but a renegotiation in the interest of the masses.

According to him, “the statement by Kingibe reflects the type of training he had. He spoke as a top diplomat who recognises that you cannot force unity. He negotiated the Sudan/Southern Sudan problem. He has rich experience in diplomacy. That was why he said unless you negotiate, unless you discuss, you cannot have perfect peace or a perfect country. I am not surprised he said that. He also said even though some of his colleagues believed the country’s unity is non-negotiable, the relationship between husband and wife is also subject to negotiation”.

“Anything you bring together, you can always disentangle or dismantle it. Nigeria is a heterogeneous country made up of many nations with different histories, different cultures, and different backgrounds. And there is no way anybody can weave all of them into just one group. It will take centuries. Each one still retains its identity, but they have to agree to cede certain things to the centre. For anyone to say it is not negotiable is self-deceit. It is hypocritical. It was negotiated before it became a country.

“We are all aware of the various constitutional conferences and the final one in 1958. To now say it is not negotiable, we are not in bondage. We are not a conquered people. I think Babagana Kingibe was very right. What he has said is incontestable. That is the reality. We must still sit down to rearrange this country.”

Similarly, the Bishop, Church of Nigeria, Diocese of Ogbaru, Rt. Rev. Prosper Amah, said: “Nigeria is already messed up. The country is messed up. Any person saying that Nigerians should not come to a negotiation table is an enemy of the country. The call is coming at a proper time. All the regions or zones as you may like to call them must be brought together to a round table conference so we can discuss Nigeria.

‘The feelings and aspirations of every section of this country must be respected. This time is not about the winner taking it all. It does not apply. The negotiation is urgently needed because the centre can no longer hold. Whether we believe it or not the time for negotiation and restructuring is now.

“Thank God that the call is coming from a notable person from the region that seems to be opposed to restructuring of the country. It is now clear to every person that there is a need for renegotiation and restructuring of Nigeria. The amalgamation was done in error. Some countries colonized by the British have all restructured and wriggled out of the British arrangement. British arrangement is no longer working for us in Nigeria. We cannot run a democratic government with an edict that was translated in the form of a constitution by the military. The military cannot formulate a constitution in a democratic setting. Amending the constitution will not solve the problems or lead us anywhere.”

A former Senate President, Senator Adolphus Wabara, said:” Nigeria is ripe for restructuring. The unity of the country is negotiable. We must come to the table to decide how we can continue together as an entity. There is no mutual trust among ethnic nationalities in Nigeria. For Kingibe, who is a northerner to have said Nigeria’s unity is negotiable means that all is not well. Other tribes are beginning to see what the Igbo nation saw. The statement should be taken seriously.”

Wabara said those opposed to restructuring are the enemies of Nigeria, saying the country cannot work unless restructured.

Acting National Leader of Ohanaeze Youth Wing, Onwuasonye Jones, in a chat with Sunday Vanguard, said: “ It is good that Babagana Kingibe, a known establishment person and a long-standing power player, made the statement.

“Whatever is the case, I believe that beyond making a public statement, he should tell this truth to the President and members of the inner ruling team so that they can immediately activate the process of renegotiating Nigeria’s unity.

“I believe our founding fathers negotiated the current abnormality we have as a nation and it is crumbling before our face. There is, therefore, a need to immediately renegotiate our unity to salvage Nigeria. What we have currently is not a country but a rudderless ship heading to disaster. Nigeria’s heart is on the verge of packing up and the only way to save it is not by placing it on life support”.