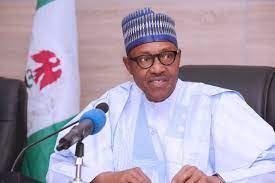 Despite President Muhammadu Buhari’s promises at a recent international forum that allocation to education would be increased by at least 50 per cent in the next few years and by about 100 per cent by 2025, allocation to the sector in the 2022 budget estimate still fell short of stakeholders’ expectation as N1.29 trillion or 7.9 per cent was allocated to education out of N16.39 trillion appropriation bill presented to the National Assembly.

Although the United Nations Educational, Scientific and Cultural Organisation’s (UNESCO) recommended that developing nations should give up to 26 per cent of their annual budget to public education, Nigeria’s allocation to the sector is still less than 10 per cent.
Consequently, of the N55.3 trillion budgeted by the Federal Government in the last six years, only N3.5 trillion was allocated to education and this represents less than 10 per cent.

Though Ghana and South Africa have not actually met UNESCO’s recommended 26 per cent, they have done far more than Nigeria, allocating a maximum of 23 and 16.7 per cent respectively.

Though South Africa’s allocations in the period varied from 14.4 to 16.7 per cent of the total budgets in the years under review, the performance was much better than Nigeria’s.

Recall that UNESCO had recommended that developing economies should allocate between 20-25 per cent of their national budget to the sector.

It based the recommendation on the need for developing nations to use education to bridge the gap between them and developed nations.
Commenting on the situation, National President of the Academic Staff Union of Universities (ASUU), Prof. Emmanuel Osodeke, said rather than the country moving forward regarding education, it is marching backward.

“We have this problem because our leaders don’t taste of the bitter pill the situation forces down the throats of ordinary citizens. Their children are not here schooling. If they were here, they would know how it feels. The only way is to force them to bring their own children and wards here to school.

“I plead that Nigerians should not leave the fight for ASUU to fight alone, this is because the implication of poor funding of the sector is on us all. Right now, Nigeria has the highest number of out-of-school children in the world. Such children would fight back when they grow up.

“Banditry, kidnapping and other vices are on the increase because poorly trained, poorly educated people are increasing in number daily and they are not prepared for the best ways to face the challenges of life.
“Unfortunately, our leaders have divided us into classes, the rich and the poor, the privileged and the less privileged. They reserve the best jobs and positions for their own children and wards. I hope the Nigerian people will fight back and not leave it to ASUU alone,” Osodeke said.

Reacting to poor funding of education and that Nigeria lags behind neighbouring countries such as Ghana, the National Association of Nigerian Students, NANS, wondered when Nigeria would get it right regarding the sector. The South-West Coordinator of NANS, Samuel Olawale, berated the government for paying lip service to the sector.

“We keep repeating the same thing. And the way we are going, we may not get it right. Is it not a shame if a country like Ghana is taking education more serious than us? If our education system is not adequately funded to train citizens, then how do we make judicious use of the human resource we always tout as an advantage?

“When we cannot produce those who would give the nation the desired future and leadership, what then becomes of the future of the country? The sector must be well-funded and stakeholders motivated too. Our universities, for instance, are over crowded and there is lack of basic infrastructure.

“It is the poor funding from government that has led to these universities offering different and numerous part-time programmes. The intention is to raise money to augment government’s subventions,” he said

“The truth is that what you put in is what comes back as output. We are not doing enough regarding budgetary allocations to the education sector. Education needs more funding than it is getting now and it is pitiable if smaller nations like Ghana are committing more to the sector than us. We are all seeing the results. Nigerians are rushing to the country among others to get tertiary education.

“But how many Nigerians can afford that? Let us even put aside the huge sums we lose to such countries by our people paying for education there, we must also consider the fact that quality education will put such nations ahead of us in the long run. Let us say we cannot meet the 26 per cent of budgetary allocation to the sector as suggested by UNESCO, are we also saying five or six per cent is what we can do?

“There is nothing stopping us from getting to at least 20 per cent allocation level. Now, the President has attended an international conference where some promises were made, we pray that the promises are fulfilled. If that is done, we will all be better for it,” he stated.

Speaker of the House of Representatives, Femi Gbajabiamila, said government was trying its best in the funding of the sector. He said: “It is not that bad as some people think. Apart from the allocation to the Ministry of Education, there are other means through which government funds education. We have the Universal Basic Education Commission (UBEC), Tertiary Education Trust Fund (TETFund), we even have interventions by agencies such as the Niger Delta Development Commission (NDDC), among others.

“We are not saying we have got to the level we want to get to, but the government is trying its best in the circumstances we are now. We all know that the funding of education cannot be left to government alone. Other stakeholders should also make their own contributions,” he added.

Recall that President Muhammadu Buhari recently attended a global education summit in London where world leaders made commitment to increasing budgetary allocations to education in their countries.

The Global Education summit, co-hosted by British prime minister, Mr Boris Johnson and President Uhuru Kenyatta of Kenya, successfully generated about four billion dollars out of the targeted five billion dollars for the transformation of education sector in low-income countries, including Nigeria.

At the summit, President Buhari pledged to increase the budget for the education sector in Nigeria by as much as 50 per cent over the next two years.

The Nigerian leader stated: “We commit to progressively increase our annual domestic education expenditure by 50 per cent over the next two years and up to 100 per cent by 2025 beyond the 26 per cent global benchmark.”

Education is a very important part of life, whether acquired in a formal or informal way of learning. Therefore, some countries devote a huge amount of their total budget to education because of the level of importance given to it. Education is still considered a government responsibility and one of its main items of expenditure.

Some countries make education compulsory and free from the age of pre-School to junior secondary level. This is done to enhance the importance of education and jerk up the literacy level. Education budgets, therefore, have to meet the ever-growing needs of poor and developing countries.