Ken Nnamani: The Man Who Sold His Conscience 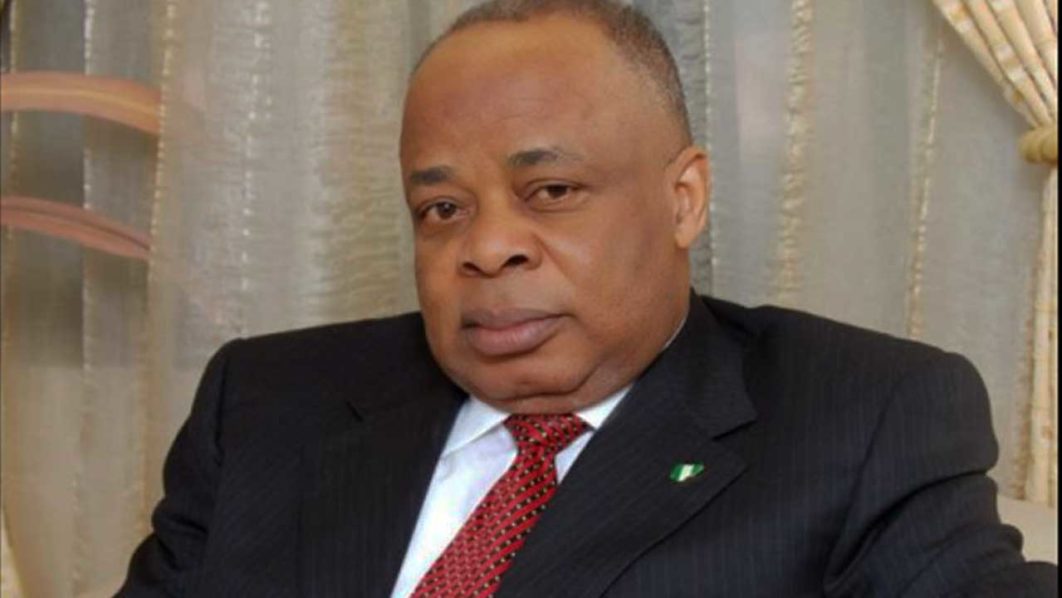 Kenechukwu (Ken) Nnamani, trustee of the ruling All Progressives Congress (APC), and leader of the party in South-East Nigeria is about to embark on a book tour with a story about how he, as Senate President in 2006, stood between a rampant President Olusegun Obasanjo and a constitutionally impermissible Third Term.

His book is impressively titled “Standing Strong”. The story would ordinarily be a bestseller if its release was not timed to coincide with the Anambra State governorship election in which Ken Nnamani leads the charge on behalf of Andy Uba, the candidate of the APC, who was coincidentally Obasanjo’s bag-man for Third Term. What Ken seeks to do is plainly grubby and disreputable and he needs to be told so in clear terms.

If democratic politics is a game of strategic patience, Ken Nnamani announced his presence on the Nigerian scene as somewhat of a master of the art. When Nigeria returned to civil rule in 1999, Ken was a largely unknown technocrat who looked all but certain to clinch the Enugu East senatorial seat on the platform of the then-dominant party, the Peoples’ Democratic Party (PDP). After a not entirely unusual nocturnal detour, the seat ended up in the pocket of former Anambra State Governor, Jim Nwobodo, who was seen as a known quantity. Ken bided his time and, when the contest came around again in 2003, he was not to be denied.

In that dispensation, the PDP zoned the senate presidency to South-East Nigeria. The first Senate President, Evan(s) Enwerem, came from Imo State and lasted all of seven months on the job before his peers kicked him aside from the position, accusing him of burrowing too deeply into the political derriere of President Olusegun Obasanjo with no regard for their sensitivities.

Next on the seat was the mercurial Dr. Chuba Okadigbo from Anambra State, but he did not much last either. In quick succession, the corpulent Anyim Pius Anyim from Ebonyi and the underwhelming Adolphus Wabara from Abia followed. So, having travelled round all the states of South-East Nigeria at an annual clip, the seat in 2005 arrived at the gates of the Enugu State caucus. With a mere two years to his credit as a senator, his peers elevated Ken Nnamani to lead them as the president of the Senate.

In Nigeria’s history, senate presidents have historically been colourful personalities with limited political shelf-life. Ken Nnamani, it seemed, was destined for the role. His installation as Senate President coincided with the onset of the final phase of Obasanjo’s carefully orchestrated plot to succeed himself. The backbone of this plot was a little known political fixer from Anambra State, whose notoriety was underlined by the fact that he was known only by an abbreviation of his first name “Andy”.

In the Obasanjo Presidency, Andy occupied the nondescript position of “Special Assistant to the President on Domestic Matters.” It was a capacious description for a presidential odd-jobs man, arranging presidential assignations at night and payoffs in day time for an assortment of people who needed pecuniary persuasion in order to line up behind Third Term. Andy was the evil genius without whom Third Term would not have travelled far and Ken would have had nothing against which to “stand strong”.

When it was all done, by 2006, the Third Term was defeated and a scorned President Obasanjo visited his fury on his then ruling party and its officers, among them Ken Nnamani. Simultaneously, as his final act of gratitude to the most loyal of domestic assistants, Obasanjo appointed the head of the Independent Electoral Commission (INEC), Maurice Iwu, whom Andy nominated.

When Andy ran to become Governor of Anambra State on the ticket of the ruling PDP in 2007 while the seat of the incumbent governor was still to lapse, Iwu declared him “winner” of an “election” in which there were more votes than voters. When this became obvious, Iwu’s INEC shaved off enough numbers from the initial result to manufacture 95% turnout, of which they allocated 80% to Andy. It was a scandal that even Nigeria’s notoriously shifty courts could not tolerate. They promptly turfed Andy out and, in 2009, successfully rebuffed his efforts to corrupt his way back into the office of Governor of Anambra State, with then Chief Justice, Idris Kutigi, describing his efforts as “a thorough abuse of the judicial process.”

Ken Nnamani knows all this and much more. When he left the senate in 2007, Ken may have been bereft of a seat but he appeared to have political capital. All he needed, it seemed, was an idea of how to spend it. Two election cycles later, Ken decided that he’d had enough of twiddling his political thumbs in PDP.

In February 2016, Ken Nnamani announced he was taking an indefinite political sabbatical from the PDP. He emerged from that at the beginning of 2017, offering excuses to anyone who wanted to listen as to why he had to join the APC. He didn’t have to. Ken had emerged from the intervening decade with nothing to show for his political capital nor evidence of having done anything useful with it.

In the APC, Ken found himself in the impressive company of a particular gang of political hyenas, including Andy Uba. Deploying his skills in political dark arts learnt in the Obasanjo backroom, Andy got himself declared winner in the APC governorship primaries in June 2021, with a reported 230,201 votes, out of 348, 490. The problem is that, according to the INEC, there was in fact no voting or balloting in the primaries. Buttressing the INEC, Dr. Chris Ngige, Minister of Labour and Productivity and the most senior public officer from Anambra State in the federal cabinet, “regretted that materials for the election were nowhere to be seen.” Not for the first time in his charmed political career, Andy had resoundingly “won” a ballot in which only ghosts voted.

As the leader of the APC in South-East Nigeria, Ken Nnamani witnessed all this in person. On the day of the primaries, Ken was the senior-most party official present in person in Anambra State. Indeed, Dr. Chris Ngige told the representative of the party’s trustees sent to organize the primaries that he had “discussed with your member, Distinguished Senator Ken Nnamani” about the failure to organize a primary and requested the members “to shift the exercise.” Ken Nnamani did not and could not challenge the disclosures by Dr. Ngige. Indeed, privately, he was said to have acknowledged that they were truthful. Yet, by the beginning of September 2021, Ken had become a clairvoyant, predicting that the APC will win all five states in South-East Nigeria, beginning with the installation of Andy Uba as Governor in Anambra State in the 2021 election. To borrow an Americanism, Ken had metamorphosed into Andy’s political Line-backer. By leaps of convenient narrative compartments, Ken had managed to delete every memory of Andy’s record of toxic political baggage in order to bring himself to the profitable point where he can now launder Andy, while selling his book, accomplishing both with aplomb to the eternal admiration of his bank managers.

As Anambra State has descended into an orgy of ungovernable violence this past quarter, Ken Nnamani has managed to discover the eloquence of silence. Owing largely to the efforts of his candidate, there are no campaigns this time around in Anambra State, a mere three weeks to the elections, nor will there be any debate in the state with perhaps the most outstanding tradition of political debate in Nigeria. Ken’s excuse? He is, presumably, moonlighting as a book-seller, with no time for such trifles. At 73, Ken seems to believe that this is a matter that can easily be disposed of with the skills of a geriatric Atilogwu dancer.

He is mistaken. Politics as the art of the possible may well be the skill of airbrushing inconvenient facts or thinking that it is possible to walk both sides of the road at the same time. Sadly, Ken Nnamani, the man who claims to have “stood strong” against the forces of Third Term has now, with a clear conscience, made his peace with the man who funded those forces. This is political hucksterism in its most rarefied form. It would have been more forgivable if Ken had the courage of his convictions to proclaim his conversion. The least we can do is to help him popularize his new vocation so that as he sells his book, he can also profitably sell his conscience. Hopefully, someday, he will be able to say how much it was worth if anything at all.

Born in Ihiala, Anambra State, Odinkalu, a teacher and lawyer, writes from Abuja.