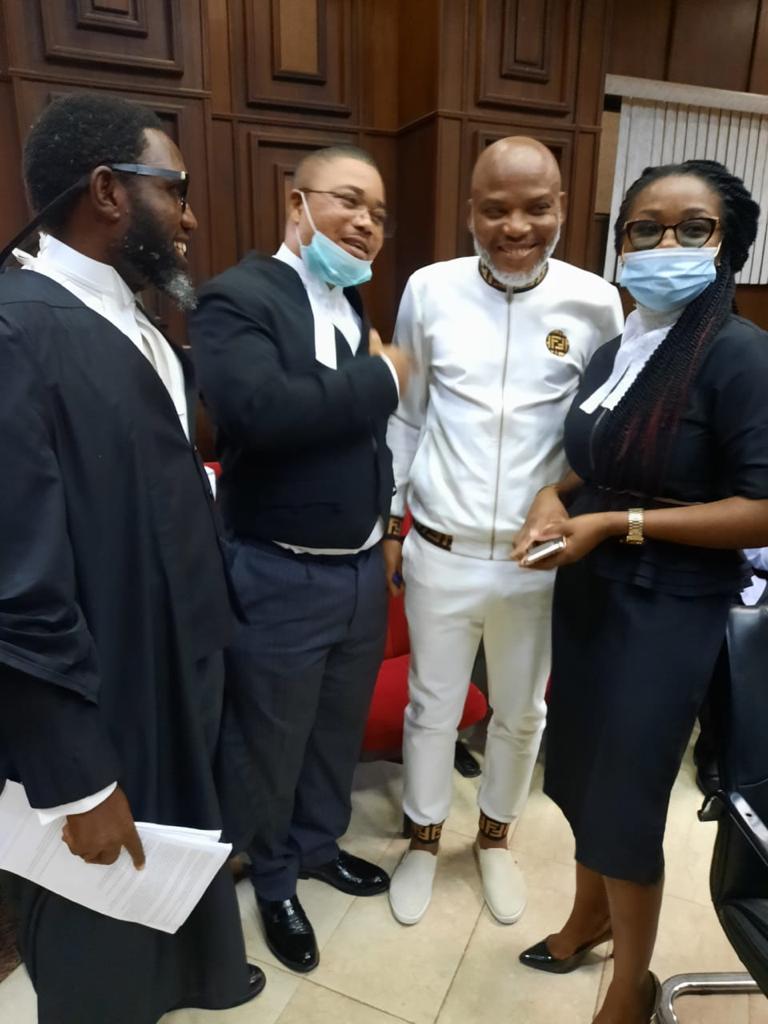 Ejiofor, who made the clarification in a social media post described the report as fake, even as he informed that legal steps have been instituted to compel the British Government to live up to her responsibilities to citizens of Britain.

CLARIFICATION ON FALSEHOOD BEING CIRCULATED OVER VARIOUS SOCIAL MEDIA PLATFORMS.

For your information,  neither the British High Commissioner in Nigeria nor any one representing/acting for  them has visited Our Client- Mazi Nnamdi Kanu at DSS detention facility, where he is currently being held incommunicado. I can authoritatively confirm this position to you today.

Stop believing the falsehood being dished out in the public space by mischief makers. The purveyors of fake news have always been at it.

When I talk about a collaboration between the British Government and those that kidnapped Our Client in Kenya, I meant every word spoken there.

Thankfully, force of law has been activated through judicial process,  before the British Court to ensure that their statutory obligation over their Nationale is asserted, without further ado.

In this Political/Media trial of Our Client, I see a handful of Compromised socia media platforms, who are ostensibly feeding fat from the National treasury. But the majority of distinguished media houses are guided by good conscience in their  reportage.  We must definitely commend them.

See also  The Week Ahead - A Bloody Anniversary

Always visit our social media handles for accurate account of all that is happening around Our Client -Mazi Nnamdi Kanu.

May Chukwuokike continue to strengthen him and protect him  in this trying time.

In the end, it SHALL surely end in praises.

Thank you all and remain blessed.