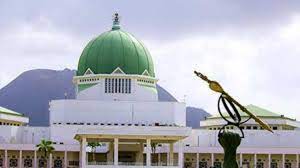 The Senate and the House of Representatives have passed the Electoral Act Amendment Bill and approved the electronic transmission of results.

The approval was given on Tuesday when the lawmakers resumed plenary after a three-week recess.

A seven-man conference committee had been constituted by the Upper chamber to meet with members of the House of Representatives Conference Committee and harmonise the differences in the Senate and House versions of the Electoral Act Amendment Bill.

On October 12, the Senate had bowed to pressure and giving the Independent National Electoral Commission (INEC) the sole power to determine the mode of transmission of results.

This followed the reversal of its earlier decision that INEC may consider the electronic transmission of results “provided national [network] coverage is adjudged to be adequate and secure” by the Nigerian Communications Commission and approved by the National Assembly.

Under a new amendment of Clause 52 (2) of the Electoral Act Amendment Bill, the Senate resolved that “voting at an election and transmission of results under this Bill shall be in accordance with the procedure determined by the Commission, which may include electronic voting”.

Shortly after the Senate’s approval, the House Of Representatives also passed the bill, completing the process of amending the Electoral Act Amendment Bill.