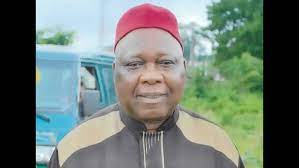 “The remains of the traditional prime minister of Uwaorie-Agwa Autonomous Community, the Ikemba 1 of Oguta Local Government Area and member of the Eternal Sacred Order of the Cherubim and Seraphim will be moved from Aladinma Mortuary to his hometown, Umuifoegbuleihe, Umuomi-Oguta on Saturday, November 27, 2021 for people to pay their last respects’’ the family announced on Tuesday morning.

The burial is expected to be the biggest gathering of international, state and national faces in Oguta Local Government Area.

‘’On Friday, November 26, 2021, a service of songs will be held at Awuzie’s compound, Umuomi, Agwa from 4; 00pm. A social night (Feast of Praise will begin from 9; 00pm at Umuomi Agwa Primary School Field. The remains of Chief Awuzie will be interred on Saturday, November 27, 2021 in Umuomi Agwa after lying-in-state at his compound and funeral service by The Eternal Sacred Order of Cherubim & Seraphim. A thanksgiving service will take place at 9; 00am on Sunday, November 28, 2021’’ the statement added.