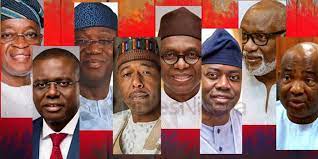 The 36 state governors under the aegis of the Nigeria Governors’ Forum (NGF) unanimously resolved to review ongoing move by the Federal Government to privatise the 10 generating plants located across the country under the National Integrated Power Projects, which they described as critical national assets.

The NGF’s position was contained in a communiqué issued and signed at the end of the 36th teleconference meeting by its chairman, Governor Kayode Fayemi of Ekiti State, where the governors unanimously resolved that the settlement of all outstanding pension obligations should be included as part of the social compact with citizens for the removal of fuel subsidies.

The communiqué read in part: “On the proposed privatisation of the 10 generating plants located across the country under the National Integrated Power Projects (NIPPs), members received a detailed presentation by the Director General of the Bureau of Public Enterprises (BPE), Mr. Alex A. Okoh, and resolved to review and communicate through their board representatives, their assessment and position on the privatisation of what they consider critical national assets. States currently own a total of 53% equity in NIPPs while the Federal Government owns a 47% stake.

“Forum members also listened to the World Bank Country Director, Shubham Chaudhuri on the rollout of a World Bank financed US$800 million facility designed to fund a large-scale conditional cash transfer (CCT) programme in the country.

“The forum thereafter resolved that each state governor will establish and chair a steering committee to oversee the Conditional Cash Transfer (CCT) initiative to ensure that the programme aligns with the vision of the state government.”

On the strategy to build a sustainable Contributory Pension Scheme (CPS) for state governments that will also be capable of clearing outstanding pension liabilities, members listened to a presentation by the Chief Executive of AVA Capital, Mr. Kayode Falasinnu, and resolved that the settlement of all outstanding pension obligations should be included as part of the social compact with citizens for the removal of fuel subsidies.

“With respect to the required legal and institutional changes required to facilitate a successful CPS transition in all states, state commissioners of finance will be mandated to ensure that states meet the guidelines for the implementation of Contributory Pension Schemes by state governments, including the enactment of a pension law, the establishment of a pension board and the adoption of a transition framework for each state.

“On the Electric Power Sector Reform (EPSRA) Bill 2021 which has passed its second reading at the Senate, members listened to a presentation from the Chief Executive of New Hampshire Capital Limited, Mr. Odion Omonfoman, on the implications for state governments.

The forum thereafter set up a committee comprising the governors of Edo and Lagos states to scrutinise the new bill and advise the forum on a position that will ensure that the bill, when signed, will be a tool to strengthen the course of policy direction, design and implementation of the Nigerian Electricity Supply Industry (NESI), and address critical issues in the country’s power sector,“ the communique concluded.

See also  Nigeria and the Politics We Play!