50% Of Land Mass in My Domain Taken Over By Terrorists, Plateau Traditional Ruler Cries Out 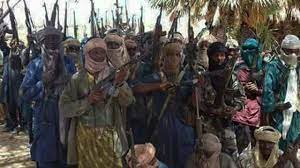 The Emir of Wase, Muhammad Haruna, has raised the alarm that Plateau State and by extension, Nigeria, risk having a food crisis in 2022.

He said insecurity has driven many farmers from their farms into the cities where they remain idle, adding that about 50 per cent of the landmass have been taken over by terrorists in his domain.

The traditional ruler said this on Thursday while speaking at the colloquium and fundraising organised by the Nigeria Union of Journalists (NUJ), Plateau State Council, in Jos, the state capital, tagged: “Tackling food crisis in Nigeria through robust research for sustainable development.”

He pointed out that terrorists have taken about 50 per cent of the landmass in Wase Local Government Area, adding as a result, farmers can no longer access their farms, while those that managed to go to the farm had sold out about 70 per cent of their products before the next farming season.

The traditional ruler said: ”A lot of us leave the villages to the city to look for greener pastures because we cannot afford to go to our farms. This is not because we are lazy. If the atmosphere is conducive for us to work on our farms, the number of people in the city will reduce because they will go back to the villages.

“We want to farm because of the vast land we have which God has blessed us with. There is nothing you cannot farm in Wase, unfortunately, 50 per cent of the landmass have been taken over by terrorists,’’ he said.

On his part, the guest speaker on the occasion, Professor Dakas Dakas, tasked the people in the academic community, governments and industrialists to work together to tackle security problems and other challenges associated with food insecurity for sustainable development, adding that research must be undertaken to tackle the scourge.