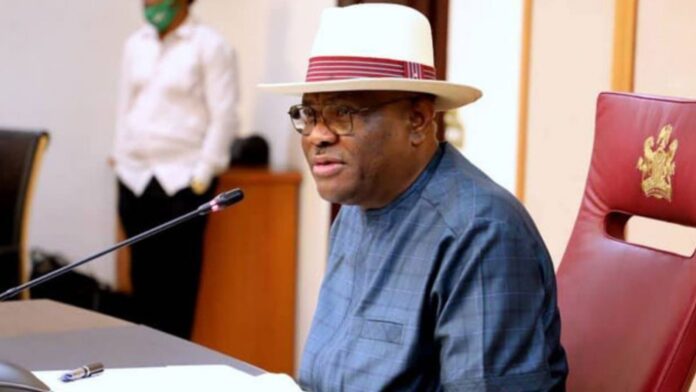 Rivers State Governor, Nyesom Wike, has stated clearly that nobody can undermine the interest of the South in deciding who emerges as the presidential candidate of the Peoples Democratic Party (PDP) in the 2023 Presidential election.

Wike, who spoke at the Government House in Rivers State during a meeting of stakeholders of the PDP on Tuesday, dismissed anyone who claim they are consulting stakeholders across the country to declare their interest in the race. He said the south would make a bold statement on their position at the appropriate time.

In his own words, Wike said:
“Please, discountenance anything you’re seeing and hearing.; all those social media posts. The South will make a statement very soon. It is not about you’ll be vice president to this or these people are consulting. The day the south makes a statement Nigerians will know that we are not joking.

“When we come out,  we will choke them. They know it. So,  everybody should relax,  let the south do their homework, and then they’ll make a proper statement”, he added.

See also  2023: I Will Withdraw From Presidential Race If PDP Zones Ticket To The North – Wike

Wike explained that since PDP remained an opposition party every member should forge unity within the party, build greater team spirit and protect it from those planning to sow seeds of discord.

He said those planning to use money to overwhelm the process of internal democracy and buy off the ticket, would be disappointed.

“Forget about Chief Dokpesi. With all due respect, Dokpesi is one of the people trying to destroy the party, which is not good. If we follow the kind of statements that Dokpesi is making every day, by now the party would have been destroyed.  But we said no.”