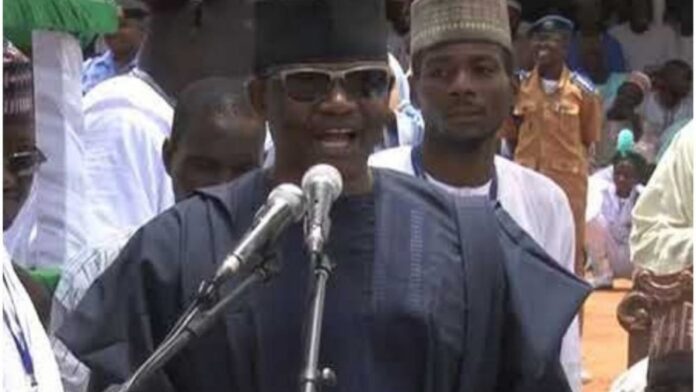 This is contained in a statement by Alhaji Mamman Mohammed, who is the Director-General, Press and Media Affairs to Gov. Mai Mala Bun in Damaturu on Wednesday.

According to Mohammed, Hassan also known as ‘Dambu’ made the formal defection on Tuesday in Abuja and was received by Buni, who is also the Chairman APC Caretaker Extraordinary Convention Planning Committee.

“ The defection of Hassan was witnessed by the President of Senate, Ahmad Lawan, Sen. Ibrahim Bomoi, the Minister of Power, Mr. Abubakar Aliyu, and the state APC Chairman Alhaji Muhammadu Gadaka.

“The exit of the former legislator has created a huge vacuum to the opposition party at both the state and national levels,” he said.

Mohammed further mentioned that Hassan pledged his loyalty and support to the party leadership in the state and to work for its success at all levels, and the defection would increase the fortunes of the APC in Zone ‘B’, comprising Fune, Potiskum, Nangere and Fika Local Government Areas (LGAs) of the state.(NAN)