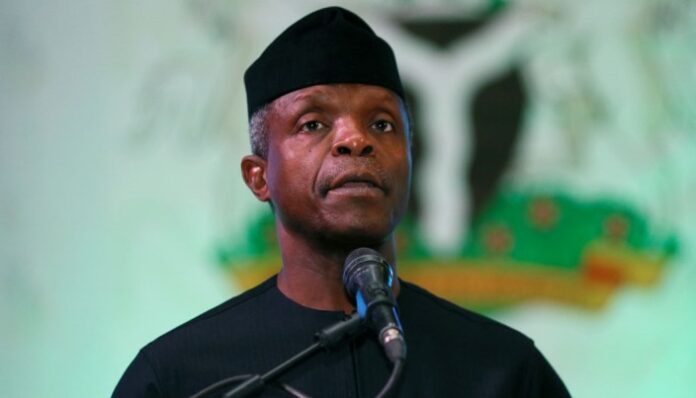 Ajulo stated this in Abuja while reacting to the 30 days ultimatum given to Osinbajo by a pro-APC group, the National Coalition Group, asking him to officially declare his interest to run for President.

The lawyer stated on Wednesday that Osinbajo did not need an ultimatum to declare his Presidential interest in the 2023 general elections.He stated that the vice president becoming the President of the Federal Republic of Nigeria through the next presidential election was constitutional and non-negotiable.

He said that Osinbajo would make an official declaration at the appropriate time, contrary to speculations that the number two citizen might not contest in spite of calls from loyalists and associates.“It is unpopular speculation that Prof. Osinbajo may not contest as president in 2023. We have even moved beyond the pedestrian stage of thinking if PYO will run or not.“

It is a prescribed arrangement and we are already preparing for Osinbajo’s presidency because he represents everything Nigeria deserves at this crucial time.“Though we all have been expecting, Osinbajo has not declared because of the magnitude of responsibilities on his desk as the vice-President, which is huge and very important to national development.

He said that such responsibility should not be merged with a presidential campaign that demanded time and dedication. According to him, we shouldn’t expect a Senior Advocate of Nigeria and full Professor of law to jump the gun, there’s electoral law and guidelines and he mustn’t be found wanting.“

For me, this is another evidence of the VP’s unwearying characteristics of a dutiful man that is committed to the law and development of the country,” he said Ajulo said there could not be two drivers on the wheel, adding that his brief as the VP is to take charge in the absence of his Principal, which he excellently did in the few times he spent on the driver’s seat. (NAN)