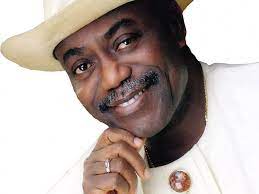 The former governor had approached a Federal High Court in Abuja with a motion challenging the unlawful seizure of his international passport by the NIS.

Counsel to the Immigration Service, Jimoh Adamu, told the trial Judge, Justice Inyang Ekwo on Monday that Odili’s daughter, Njideka Nwosu-Iheme, a serving judge of the High Court of the Federal Capital Territory (FCT), collected the passport for her father on December 20, 2020 at the Immigration headquarters in Abuja.

Adamu, in a motion he filed on Monday, exhibited a letter of request by Odili and other evidence showing that he (Odili) has received the passport.

The trial judge noted that the fresh motion was not yet before the court and after an oral application by counsel to the NIS, he stood down proceedings briefly to enable the lawyer to get the motion from the registry of the court.