Imo PDP and Myth Of Implosion 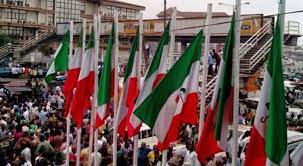 Yesterday, a local tabloid in Owerri went to town with a screaming headline, saying that implosion was looming in Imo PDP. The headline was sponsored by agents of the outgoing governor, Chief Hope Uzodinma, which was their own contribution to finding succour and relief to Uzodinma’s misery over his looming political doomsday. Ahiazuwa!

That the opposition party in Imo grows by leaps and bounds day after day is enough nightmare to the man whose unearned mandate remains generally disputed till date. For such a man to find some sleep, he needs to be told some soothing words. What else could have been more soothing than that his greatest albatross, the PDP, was heading for the rocks?

To be clear, the influx of Imo people into the PDP is an eloquent attestation to the shameful performance of the APC regime in the state which the Omuma-born politician heads. It also shows that, increasingly, the wobbling regime is approaching its certain and eventual collapse. For a man who has since two years fruitlessly battled for legitimacy and acceptability, the mass exodus from his party is simply the final nail on his political coffin.

What is to be explained, first, is that Uzodinma and his band of mourners tend to assess the PDP by their own faulty, jaundiced, self-serving appetitive and belligerent standards. The have turned politics in their fast-disintegrating party into crude mechanics of opposing forces driven by the calculus of power. It is politics of exclusion, annihilation and deadly rivalry. They ignorantly think their ills are universal. What they do in the APC is called Balance of Terror or Mutually Assured Destruction (MAD). A hunter today is hunted tomorrow!

The PDP in Imo state has however built strong and impeccable institutions which moderate interests and ensure collective loyalty to common values. These values include fairness, unity of purpose and internal democracy. In short, the PDP in Imo runs a colleagiate system which makes all views to count and all voices to be heard. Implosion only occurs in an atmosphere of subjugation, tyranny, despotism, injustice and absence of democratic norms. These are the vices that have defined and defiled the APC.

For Imo people, the agonies occasioned by the unending killings, unemployment, poor healthcare, collapsed educational system and debilitating food insecurity, all of which the clueless regime in the state has proven incapable of addressing, are now unbearable. The movement into the PDP is now a necessity for their collective self-preservation. It is unstoppable, and those who gnash their teeth and wait for implosion in the PDP are only waiting for Godot!