Is Uche  Onyeagucha a Member Of PDP? 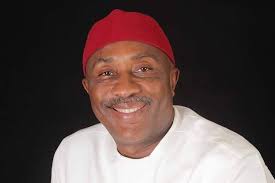 Since after the magniloquent  declaration of Uche Onyeagucha to run for Owerri Senatorial seat, some people have not recovered from their state of  fidgety.  They are now staggering and have resorted in throwing sand forgetting that it is an effort in futility throwing sand to a cruising aircraft.   This is a clear confirmation of “Agu bata ohia, Mgbada awara oso” (whenever  a Tiger enters a jungle the Antelope takes to its heel).

Their malignancy and blackmail do not hold water any more. Onyeagucha is not perturbed at all because he is the cynosure of all eyes. Though, the whole drama is an indication that Onyeagucha’s candidature is generating unprecedented positive response. It is a bombshell earthquake of it’s own. The truth is that only a ripe fruit attracts stone. In a fight, whenever you see a child throwing sand to his opponent, Know that the child is already tired  and defeated.

Like I said earlier, Onyeagucha’s opponents have lost their navigating  compass, they are now staggering and fidgeting. Their blackmail is akin to the proverbial tale of a man  who sees a beautiful lady and used all tactics to lure her and fail, turn back and begin to tell his friends that the  lady is “ashawo”. Only to blackmail a beautiful lady whom he couldn’t lure.

Uche Onyeagucha is a registered member of our great party PDP from his Obinze ward.