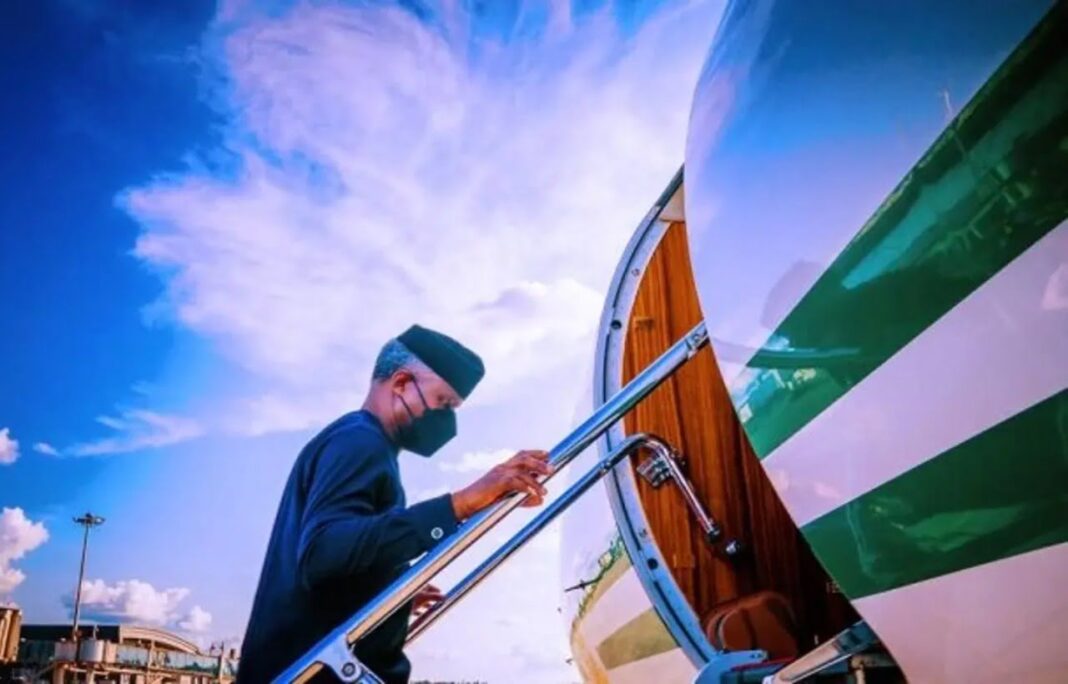 The VP will represent President Muhammadu Buhari at the launch of the year-long commemoration of the country’s Bicentennial Anniversary.

Osinbajo joins other leaders across Africa and beyond at the event scheduled to hold today at the Samuel K. Doe Stadium.

He will also attend other events later today in Monrovia as part of the national celebrations.

Minister of State, Foreign Affairs, Zubairu Dada and Special Adviser to the President on Economic Matters, Adeyemi Dipeolu are accompanying him.

Osinbajo is expected back in the country on Tuesday, February 15.

Liberia was founded in 1822 when freed black people started relocating to West Africa from the United States.

The country proclaimed its independence and became the Republic of Liberia on July 26, 1847.