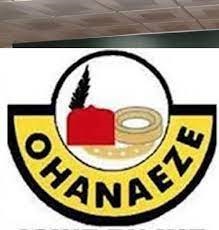 Ohanaeze Ndigbo says enemies of Ndigbo usually work against the emergence of a President of South-East extraction during Nigeria elections.

The organization stated that zoning the 2023 presidential ticket to the region will remain a fundamental ingredient for national unity.

A release on Monday by the President General, Prof. George Obiozor said the current state of the nation underscored the need for a leader of Igbo extraction.

The former Nigerian Ambassador to the United States and Israel said wherever the next president of Nigeria comes from will send a strong message to Ndigbo.

Obiozor urged the nation’s political class to drop all fears about the Igbos and work for the good of the country.

He stressed that there was no better time for politicians to embrace patriotism and political wisdom and jettison personal ambition than now.

Emphasizing that the South-East has many capable, patriotic and credible personalities, Obiozor assured that an Igbo person will ensure peace, unity and good governance.

The Ohanaeze Chief said the people have been campaigning for their rights to leadership since 1960, hence the complaints of marginalisation in critical areas of politics and government.

“When the opportunity for leadership comes to them, our rivals and political adversaries always try to shift the goal post whenever Ndigbo are within the penalty box.

“In a country where you have a glaring statistics of power sharing history, there is absolutely no doubt that it is politically and morally defensible and justifiable for power to shift to the South and to the South-East”, he said.