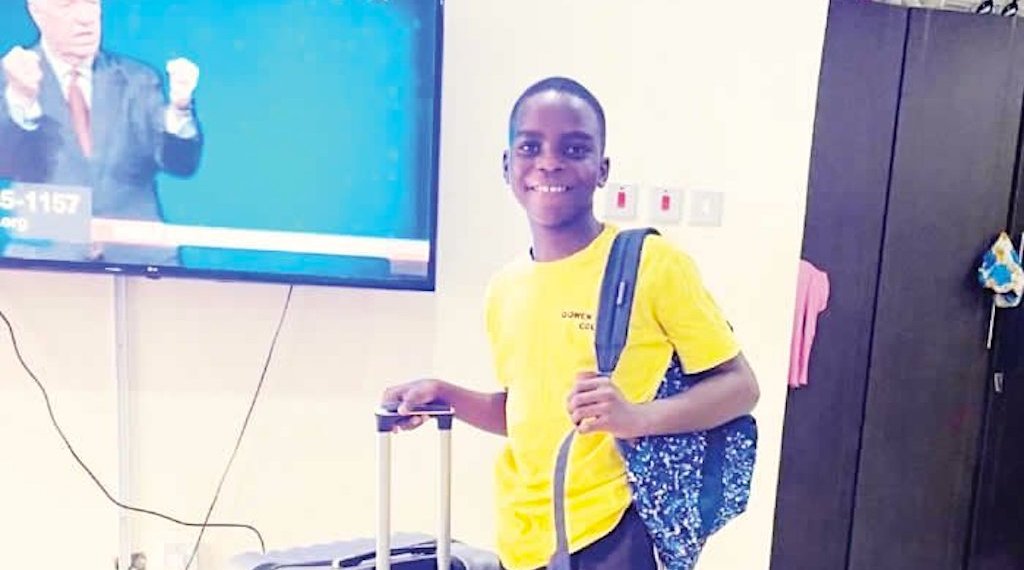 “…there is no reference to the exhibits in the witness’ deposition. The witness has always been in control of these documents and had an opportunity to refer to them in his deposition but chose not to…”

Evidence has shown that two of the five students involved in the alleged bullying of the late Sylvester Oromoni (Jnr) had been suspended in 2019 for the same offence.

This was during the testimony of the deceased’s father, Sylvester Oromoni (Snr), on Monday.

Prior to the inquest, the deceased’s father had claimed that five pupils bullied his son to death after he refused to join a secret cult. He claimed his son named these pupils moments before he died.

He also tendered statements of persons made during the police investigation in December 2021 of the alleged bullying of the deceased by the same seniors and three others.

But the lawyer for the school, Anthony Kpokpo, objected to the line of examination-in-chief by Mr Efole.

Mr Kpokpo said, “there is no reference to the exhibits in the witness’ deposition. The witness has always been in control of these documents and had an opportunity to refer to them in his deposition but chose not to. His counsel (Mr Efole) is now trying to get him to pad his deposition with the missing gaps of these exhibits just admitted.

“The implication of this is that there will be no end to this examination in chief. The witness has just read out a paragraph of an exhibit that has just been admitted, what’s the point to that? Except Mr Efole is saying that these exhibits require crutches.”

But Mr Efole replied that the particular sections of the documents must be specified by the witness to guide the court, which is an adjudicator in the case at hand.

In his ruling, the coroner, Mikhail Kadiri, said Mr Efole should have filed a further affidavit incorporating all the documents to be relied on as exhibits.

But the coroner added that because the nature of the hearing is ‘inquisitorial’, he would allow all evidence that could assist him in the case.

He, however, limited the evidence of the witness, saying he would study all the documents.

During cross-examination by a Senior Advocate of Nigeria, Godwin Omoaka, representing one of the accused students, the lawyer asked the witness to confirm whether the young boy was taken to the hospital between November 24, 2021, when he was taken away from school and November 30, when he died.

Mr Oromoni said his son was initially taken to a diagnostic centre in Lagos for an X-ray done on his right leg.

He added that he was treated at home upon his arrival to Warri, Delta State, on November 26.

Mr Omoaka also asked the witness about the TV and online interviews he granted upon his son’s death, which he confirmed.

The lawyer then sought to play the video clips via YouTube, which elicited arguments by various lawyers.

Mr Efole objected that they haven’t been served the exhibits, labelling the act as an ambush.

In his response, the lawyer said

there is nothing to be served, as these material are already in the public domain on YouTube.

“Dowen College frontloaded one of the videos in a disc so we are playing it directly from the source. We wanted to avoid a situation where we will be accused of manipulating the videos because they are editable videos.

“Section 34 of the coroner’s law says we aren’t bound by strict rules of evidence and the whole world including the lawyer objecting has seen the interviews which also helped to shape public perception about the case.”

Another counsel, Akingbola George, for the Lagos State government said:

“This witness even admitted to all the pieces of evidence that the SAN is presenting. There is no controversy about these exhibits, they are most relevant to the very business of this sitting. So, I submit that counsel should not bring in the technicalities of the rule of evidence in order to stall these proceedings that have been moving expeditiously for the very fact that the witness has no objection and he is the author of the documents.”

Mr Kpokpo also said a cross-examiner is not bound to front-load a document with which he intends to contradict a witness.

The court held that even though there was undue reliance on technicalities by Mr Oromoni’s counsel, Mr Omoaka, should provide the other parties with copies of the exhibits for use during the evidence of the witness.

All the videos were, however, played in the court.