Europa League: Napoli Coach Reveals What Osimhen Has To Learn After 1-1 Draw With Barcelona 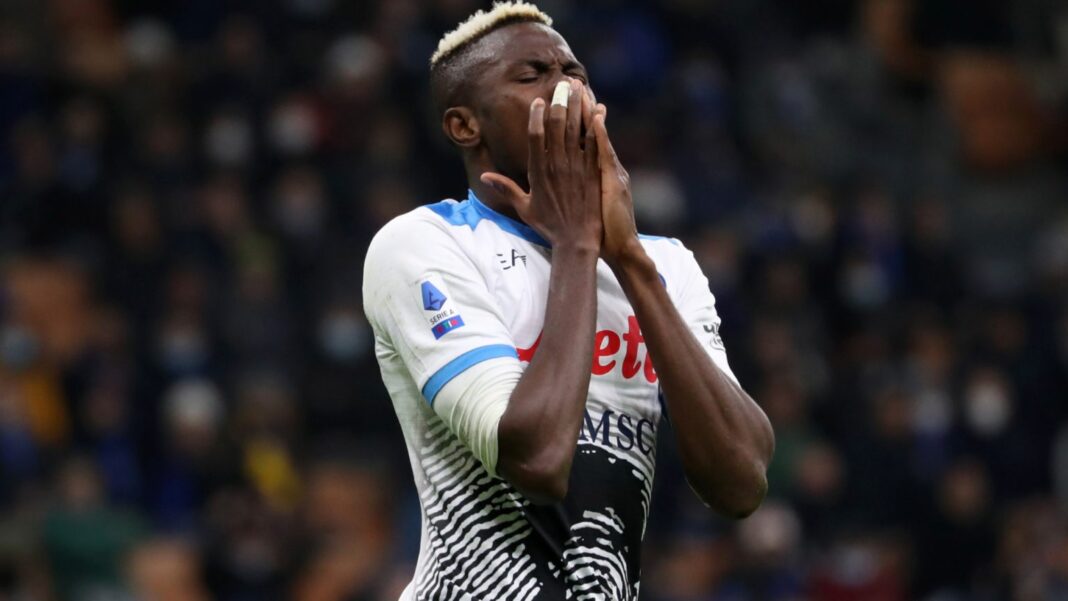 Osimhen played for 80 minutes in their 1-1 draw at Barcelona in the Europa League first-leg round of 32 clash.

The Super Eagles player featured despite being an injury doubt, but was unable to get on the score sheet.

Speaking on his performance, Spalletti said: ”Osimhen gives us these incredible changes of pace.

“He still needs to learn about the right movements, as in the second half he was caught offside four or five times when he really should’ve been following the line. The midfielders also need to draw out an opposition defender to then put the pass through.

“I do see this performance as an improvement, if we can only carry on certain moves and approaches for the whole game. It was the choice of defending deeper that cost us, because that was a choice. When we attacked Barcelona, we caused them a lot of problems.”