Europa League: Xavi Reacts After Ferran Torres Breaks Down In Tears After 1-1 Draw With Napoli 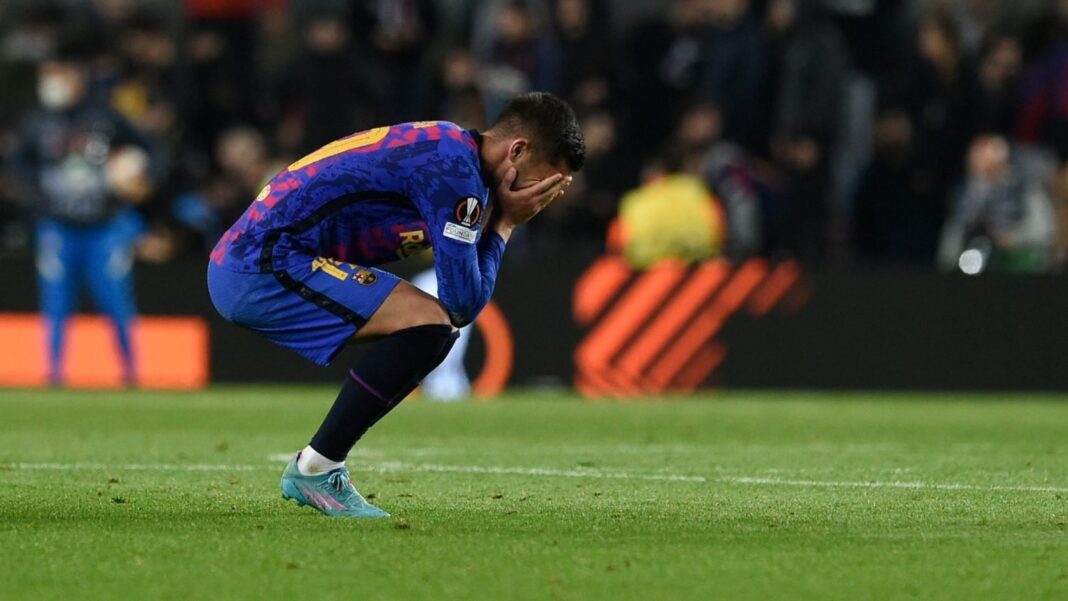 Barcelona manager, Xavi Hernandez has defended Ferran Torres after the player missed several big chances in their 1-1 draw with Napoli in the Europa League on Thursday.

The 21-year-old, who joined the Catalans from Manchester City in January, scored his second goal when he equalised from the penalty spot.

Torres, however, was left in tears after the final whistle following a wasteful performance in front of goal against the Serie A side.

However, Xavi insists Torres will come good for the LaLiga side.

“It happened to Luis Suarez, who seemed to have no goals.

“The Barca shirt weighs a few kilos more. But I am delighted to have him in the team and he will give me a lot of joy.

“If he is in the penalty area it is because he will score. He has scored goals all his life and he will have them.

“In training he is one of those who scores the most. He has our absolute trust. The coaching staff and I will take care of this. He is very strong, self-demanding,” Xavi said.