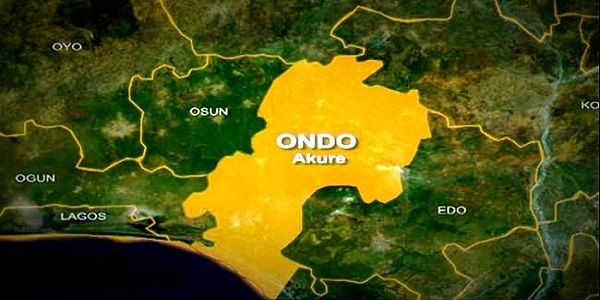 A 25-year-old woman Rebecca Nicodemus has stabbed her senior rival to death few minutes after sleeping with their husband.

Rebecca was said to have been jealous that her husband left her in bed during an ongoing sex session to make love to the senior wife identified as Precious.

It was gathered that both women lived in a room and a parlour apartment with their husband.

A fracas was said to have ensued between them when late Precious stepped out of the room where she slept with their husband.

The incident occurred on February 4 around 5.00am at Idogun Camp via Ode-Irele in Ondo State.

Rebecca was subsequently arrested and arraigned on a one count charge of murder before an Akure Magistrates’ Court.

In a Police First Information Report where the suspect narrated what transpired, she said it was not her intention to kill the senior wife.

According to her: “I came to Ondo State in January, 2022 and we were leaving in the same house. I am a farmer and we have been relating together in harmony alongside the deceased. “On that fateful day, my husband was earlier with me in the living room but had to excuse himself on a pretext that we were not free to continue with our love making.

“I was waiting for my husband when I discovered he was making love to the senior wife inside the bedroom.

“I also heard them making derogatory remarks about me. So, I waited in the sitting room for my rival to come out from the room and when she came out , I challenged her over her unkind words.

“Rather than the deceased to be apologetic, she suddenly grabbed my clothes which made me angry

“So, I took a knife on the table in our sitting room and stabbed her at the back with the knife.

“It was not my intention to kill her, I over reacted in anger”.

Police Prosecutor, Obadasa Ajiboye, informed the court that the defendant stabbed her with a knife at her left back side which resulted to her death.

Plea of the defendant was not taken but the prosecution made an oral application to remand the defendant in prison custody pending the outcome of advice from Director of Public Prosecutions (DPP).

In his ruling, Magistrate Damilola Sekoni, ordered the remand Rebecca to police custody and adjourned the case to February 22, 2022 for ruling on the remand application.