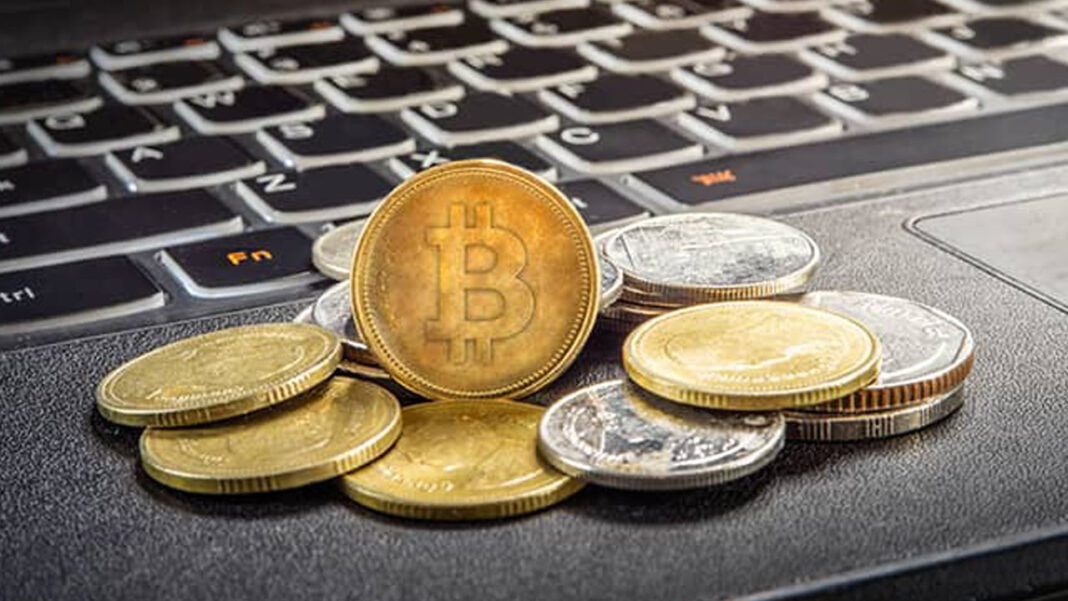 One year after the Central Bank of Nigeria (CBN) barred financial institutions from handling cryptocurrency-related transactions, the number of youths getting involved in speculative trading, a part of the fast-growing online gaming and gambling culture, has continued to grow in leaps and bounds.

The novel cryptocurrency blurs the line between gambling, speculation and investment. Whereas everybody playing in the psychological-trapping new culture believes they are investing. The Guardian learnt that the majority rarely know what they are betting their money on, but are merely influenced by unrealistic fantasies and pressure from equally amateurish ‘investors’.

Indeed, Nigerians trading such assets avoid terms that may give them away to the settlement banks to avoid the ban, while others deploy digital wallets and other forms of peer-to-peer platforms of functions.

The desperation for quick financial success has also renewed the historical scramble by foreigners for the country as techies and innovators from Asia and Europe especially, compete with one another, to market one trading bot or the other.

In one of the meetings held recently, Nigerian youths were invited to subscribe to a credit card launched a few months ago. The selling point of the card described as a lifestyle card is that it enables users to convert cryptocurrencies to five different benchmark currencies – dollar, pound, euro, yen and yuan.

A lead presenter at the meeting hosted on Zoom said each of the cards costs $79, and that it could also be used by any MasterCard compatible platform. He said it would be particularly useful to Nigerian youths, as the CBN “excludes the financial system from crypto trading.”

The card, it was revealed, is backed with a full academy that takes subscribers through the complexity of digital currency trading and blockchain technology. Users could store as much as $500,000 in the credit card, which can be used globally.

Webinars on trading bots are also rife in the market. In some cases, a subscriber pays $100 or more as yearly fee and another $20 for what is described as a ‘fueling’ fee.

As the name suggests, the second fee helps the bot to move around buying and selling coins when it sights a trading opportunity and deposits proceeds in dedicated wallets.

Nigerian agents are often assigned the responsibility of marketing the innovations, in a manner that reminds one of the antics of networking marketing, for commissions and other benefits.

Even as the future of cryptocurrency gets increasingly complicated, the demography of Nigerians who play in the highly risky assets continues to expand. Housewives, professionals and artisans have joined the game, which used to be exclusive to students and digitally savvy individuals.

The new asset class is also assuming the status of an industry with entrenched value chains expanding by the day. Today, non-enthusiasts have found a place in the ecosystem to also earn a living.

The insulation of the financial system from the risks has redefined interest in stablecoins (cryptocurrencies backed by real-world assets such as commodities, fiat currencies issued by governments). USDT and BUSD are privately issued stable coins but with par value with the USD. The value of other cryptocurrencies is benchmarked on USDT and BUSD, which are as stable as fiat currencies. When the market tanks, its value against USDT falls.

Findings have shown that high net-worth individuals are fast establishing intermediation businesses with a specific focus on stablecoins, especially USDT.

The individuals, who operate especially in Lagos, Abuja and Port Harcourt, trade in stablecoins outside the custodian person-to-person (P2P) platforms, which are plug-ins on popular exchanges such as Binance, KuCoin and Coinbase. The merchants buy stablecoins and sell to traders who wish to put in fresh investment at margins. A dealer who pleaded anonymity said he makes, at least, N20 per USDT.

“Sometimes, I buy a USDT for N540 and sell for N570, which gives me a margin of N30. In rare cases, the gain could be as small as N10. But if you are patient, it is a profitable business,” the trader, who plays only in stablecoins, disclosed.

Stablecoin merchandise unearths the pervasive ignorance in the ecosystem. Most big exchanges have added naira to their P2P functions, allowing Nigerian subscribers to trade naira for USDT or the other way round.

Binance, the world’s biggest exchange, added naira service about two years ago, long before the regulatory ban. The functionality has not been disabled since the CBN clampdown except that users are warned to avoid words or phrases that would give them out to banks when making payments.

By default, USDT assets offered for sale are held by the trading platform in an escrow account and released after both parties acknowledge the transaction has been executed and payment fully made. But those who are ignorant about the process still resort to the black market where assets are exchanged via digital wallets after the transactions are sealed offline.

The infamous digital fraud is gradually making its way to crypto space, notwithstanding the waterproof process created by exchanges. There are cases where a party reneges in sending money after coins (as they are often called by the enthusiasts) are sent. In a particular case, a victim told The Guardian he sent 500 USDT to a contact he was introduced to by a cousin only for the buyer to cut-off communication thereafter and refused to make payment. As at the weekend, it was over a month since the transaction took place. The seller had neither received the amount due to him (N275, 000) nor was his asset returned.

Transactions fully executed via trading platforms are not free from scams. Some innocent traders release assets to buyers, who often tell them they do not pay until they take ownership of the underlying asset, which contradicts rules set by the exchanges.

Despite these risks, coupled with the extremely high volatility in the market, hundreds of first users are signing up on digital trading platforms daily for various reasons – holding, staking and trading. The native users, who are mostly youths, trade- n different coins, estimated at 10,000 as at the beginning of the month. They trade based on any fundamentals, a meme and guess.

A few of them take the game further, they play in the futures market, which allows one to bet with an asset as collateral and leverage it in multiples of 100 for trading.

A single market move could get the position liquidated with collateral lost. Daily, thousands of Nigerians take to dedicated platforms to share their grief after such liquidations.

When they gain, an illusion of a future of endless possibility sets in, holding them back from closing a position and taking profits.

A trader, Sola Bade, said he was more inclined to “investing more money with the hope that it will double or triple when he gains than taking profits.”

Another trader, Felix Onelue, said Bade’s behaviour defined the tendency of most crypto investors and major reason majority are trapped in endless losses.

“It reflects the new social pressure that is intensified by the popularity of social media. People would rather see what they wish to be than be realistic. Before you open a trade, you should be able to set a target and discipline yourself to adhere to the target. But this rarely happens in reality,” Onelue, who said he has been trading in the past five years, said.

The groundwork for bitcoinsation, a concept that defines the tendency towards adoption of crypto culture, may have started in earnest, albeit the risk concern.

As the naira became increasingly volatile and undermined by uncertainty built around the future of foreign currency-denominated banks accounts, some of the crypto non-believers middle-class are also signing up to sign up a digital wallet to warehouse their wealth in privately-issued stablecoins.

Checks by The Guardian at the weekend suggested that the practice, which was growing into a new culture last year during the height of the currency crisis, has subsided.

Yet, those who are conversant with the trend said that aspect of the chain has been tested and might never die.

A property broker told The Guardian he would always be a friend of USDT even though he may never trade in risky coins.

“I am a friend of USDT. In the past months, I have lost count of the number of times I bought USDT. And it has a lot of advantages, as far as I am concerned.

“If naira falls at this moment, the exchange rate of the wallet adjusts immediately to reflect the black market price. That means I don’t lose anything whenever I choose to convert my USDT to naira,” said the property broker, who gave his name as Paul.

According to statista.com, Nigeria tops the list of countries with the fastest cryptocurrency adoption. The analytics said the rate of adoption rose by 10 percentage points to 42 per cent by 2021; the same year the CBN banned commercial banks and other financial institutions from handling related transactions. Earlier, it had jumped from 28 per cent to 32 per cent in 2020.

There are no further details on the research methodology. Mail sent to the organisation seeking additional information such as sampling method, sampling sizes and the scope of the survey were not responded to. But the organisation added in its intro that it covered “respondents who indicated they either owned or used cryptocurrencies in 56 countries worldwide from 2019 to 2021.”

Chainalysis.com, an organisation with interest in the growth of cryptocurrency space wrote that “emerging markets face significant currency devaluation, driving residents to buy cryptocurrency on P2P platforms to preserve their savings” last year.

“Others in these areas use cryptocurrency to carry out international transactions, either for individual remittances or for commercial use cases, such as purchasing goods to import and sell. Many emerging markets limit the amount of the national currency that residents can move out of the country. Cryptocurrency gives those residents a way to circumvent those limits so that they can meet their financial needs,” it added.

It revealed that Africa’s cryptocurrency market has “grown by over 1200 per cent by value received” last year alone just as the region has the highest grassroots adoption in the world, with Kenya, Nigeria, South Africa, and Tanzania ranking in the top 20 of its Global Crypto Adoption Index.

See also  Jumia lays out 5 steps plan to dig out of $1.5 billion in accumulated losses

“In addition to being the third-fastest growing cryptocurrency economy, Africa also has a bigger share of its overall transaction volume made up of retail-sized transfers than any other region at just over seven per cent versus the global average of 5.5 per cent,” it pointed out.

Chainalysis.com confirmed that the regulatory financial exclusion of crypto traders in Nigeria and Kenya has created non-custodial P2P channels allowing believers to trade cash for cryptocurrency among themselves.

“From there, users can send cryptocurrency to centralized exchanges for more trading options if they so choose,” it stated.

Usefultulips.org, an online algorithm that tracks real-time transactions on LocalBitcoins and Paxful has not updated its data in recent months. But the most recent record showed the growth of participation from Nigeria has been phenomenal and even increased after the CBN ban.

For instance, LocalBitcoins and Paxful pooled a total of $32.5 million from the country in March 2021 as against $21.9 million realised in February, when the ban took effect, and $18.4 million invested in January. In January 2016, the total investment transacted by Nigerians through the platforms was $6,035 million.

The volume of Nigerians’ investment in the 12 months ending in March last year was $398.5 million. In sub-Saharan Africa (SSA), Nigeria was followed by Kenya with $144.5 million total transactions in the same period.