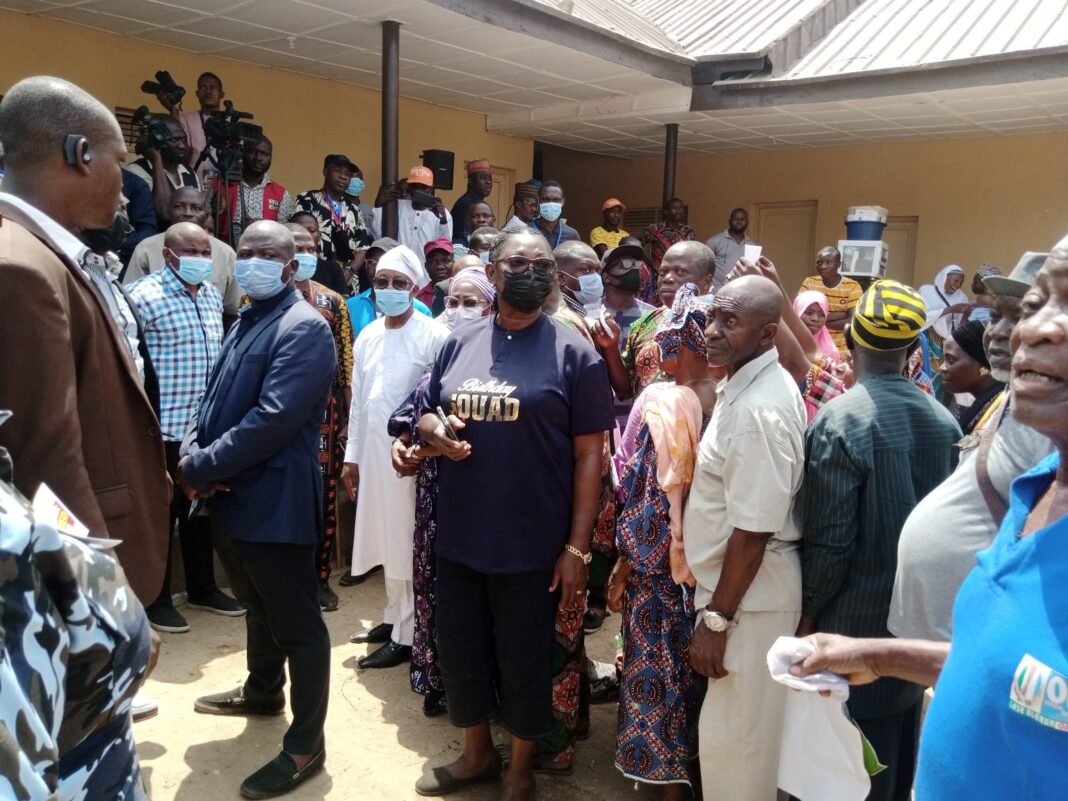 Oyetola is one of the three aspirants contesting to be a candidate who will represent the party in the April 16 governorship election in Osun State.

Other aspirants include former Deputy Speaker of the House of Representatives, Lasun Yusuff; and a former Secretary to the State Government, Moshood Adeoti.

Members of APC in Osun came out en masse for the ongoing exercise.

At Ward 1, Oloti area in Iragbiji, where the governor voted, Adeoti who is the candidate of Minister of Interior, Rauf Aregbesola, and the Lasun did not have a representative.

After the voting, the Electoral Officer for the ward announced total member accredited was 2,053 while the vote casted for Oyetola totalled 1,612 while other aspirants had no vote.

Speaking with journalists after the voting, Governor Oyetola said he is confident of winning the poll.

“All the members of the party are here to decide who to represent our party in the coming governorship election. I am confident that I will win,” he said.