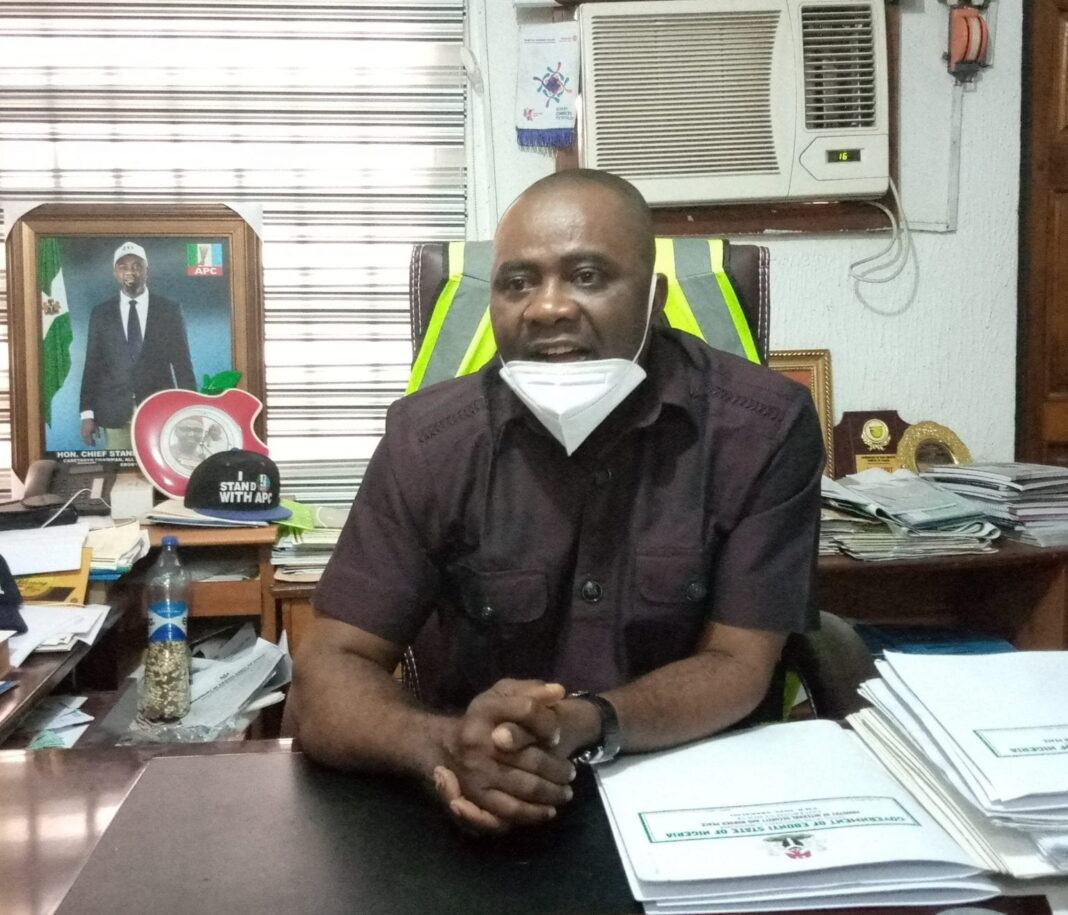 The chairman of the ruling All Progressive Congress, APC, in Ebonyi State, who is the security consultant to Ebonyi State government, Chief Stanley Okoro Emegha, on Sunday, confirmed the killing of two (2) persons and an attack on NDLEA officer by unknown gunmen.

Okoro made this known while briefing journalists in Abakaliki, shortly after his 51st birthday aniversary.

He revealed the preparedness of the State government to clampdown on all criminals that are terrorizing the citizens of the State.

According to him: “Last night, the hoodlums went and attacked NDLEA officer. There are unseen political hands in these things that are happening. We are approaching political era when a lot of things happens.

“You see, a lot of persons come and start talking trash. We are in charge. The security agencies, together with the Ebubeagu Security outfit know deep about these things that are happening.

“Few days ago, we apprehended a lot of hoodlums and we handed them over to the police. There are a lot of political hands in these things that are happening in Ebonyi. And very soon, so far the Governor of the State, Chief David Umahi is still the Governor, we are going to put a stop to all these security threats.

“We know the people that are causing this but very soon, we will tell them to stop all these things they are doing. And if they refuse to stop, they will pay heavily for it because it is not good, like when they attacked the NDLEA officer, they killed two (2) persons.

“For what? It’s just to create fear into the security agencies. We will stop it whether they (hoodlums) like it or not. I’m the consultant in charge of the security in Ebonyi State here.

“And I don’t think, it is a good record that after the assistance that the Governor is giving to us to handle the issue of security in the State, he is doing a lot of projects and he can’t be everywhere, and I’m in-charge of the security, they know that I won’t allow them,” he stated.