EPL: There Is Investigation Ongoing – Rangnick Confirms After Man Utd’s 4-2 Win At Leeds 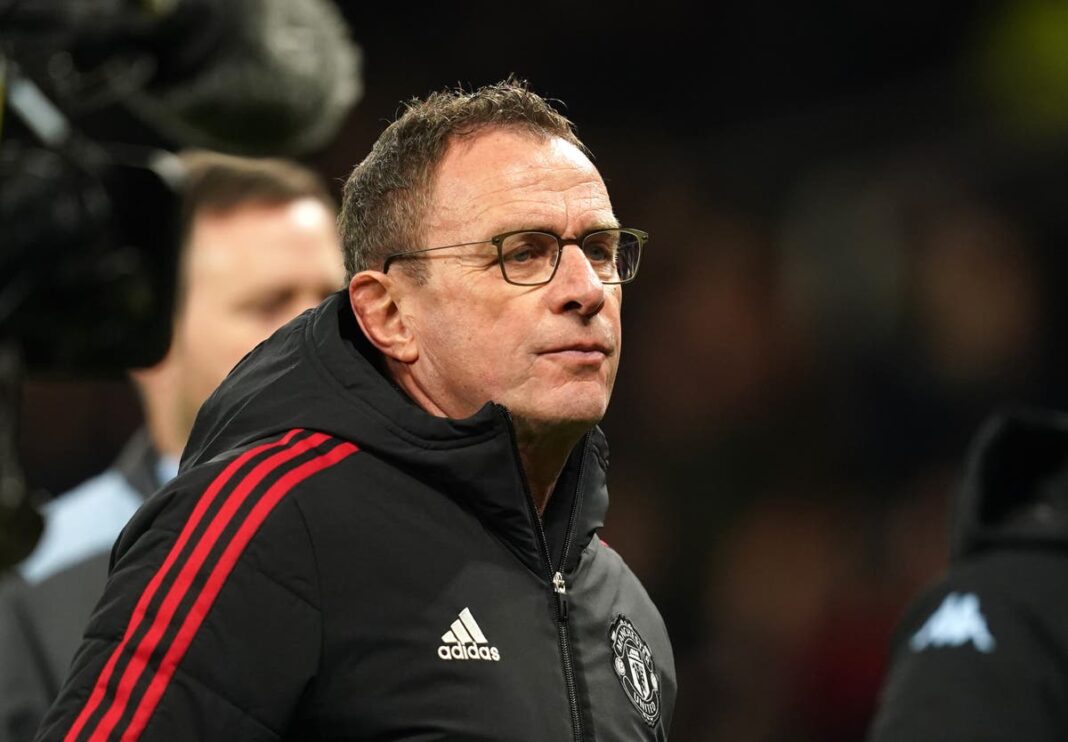 This follows United’s 4-2 win at Elland Road on Sunday in the Premier League.

Harry Maguire and Bruno Fernandes gave Rangnick’s men a two-goal lead, but the hosts levelled through Rodrigo and Raphinha in the second half.

However, Fred and Anthony Elanga sealed the three points for United late on.

Some Leeds supporters threw objects at visiting players, with one item hitting Elanga as his team mates celebrated Fred’s goal.

“As far as I know, there is some investigation going on from Leeds United,” Rangnick said.

“I don’t think that anything happened in the end. Anthony Elanga looked well and he was happy about scoring his goal.

“Obviously things like that should not happen and I think even more so in this game. The atmosphere was great.

“At times we had to cool down things on the pitch a little bit but this is what I did when I walked onto the pitch (during a late melee). I didn’t want anything to happen – no yellow or red cards.

“In moments like this, I think it’s important to try and cool things down,” he stated.