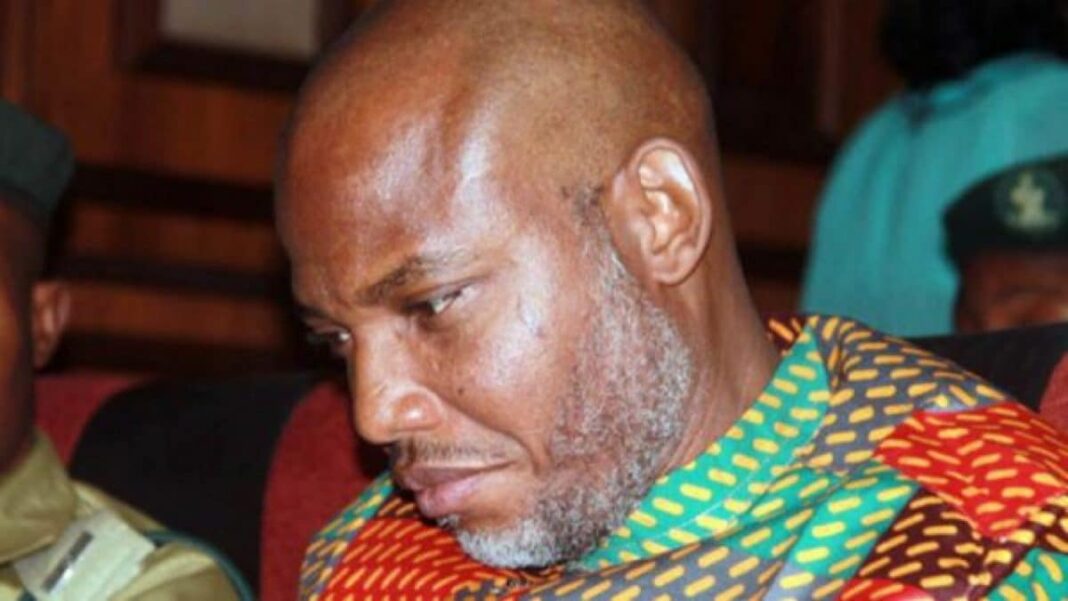 The Indigenous People of Biafra, IPOB, on Thursday, insisted that its leader, Nnamdi Kanu cannot continue to be in the “dungeon” of the Department of State Services, DSS.

The group noted that the judge should be blamed for DSS disobedience of court orders on Kanu.

A statement by IPOB spokesman, Emma Powerful, said Justice Nyako must order Kanu’s transfer from the DSS detention if she can’t order his unconditional release.

Powerful said: “Following the continued disobedience of the order of a court of competent jurisdiction by the Nigerian DSS, we the global movement and family of the Indigenous People of Biafra (IPOB) under the command and leadership of our great leader Mazi Nnamdi KANU wish to alert the international community about these brazen disregard to and desecration of the sanctity and sacredness of the judiciary by the DSS with impunity.

“It is compelling now to inquire into the reason why Justice Binta Nyako has been indulging this contemnors each time report of disobedience to her orders is brought to her attention in open court.

“It, therefore, goes to reason that the only explanation apposite in the circumstance of this grave infractions on the orders of the court is the simple truth that Justice Nyako is acting the script of the federal government and the State Security Services.

“It is our demand that since Justice Nyako is incapacitated by circumstance beyond her control to enforce the very orders she made, she should immediately remove ONYENDU Mazi Nnamdi Kanu from the custody of the DSS without further delay at the next court date.

“Perpetual and continued disobedience to justice Nyako’s Order with impunity without being held accountable is the only reason why the infringement has become a ritual with no end in sight.

“It is to be noted that the DSS flouted with impunity all court orders made in Favour of Mazi Nnamdi Kanu between 2015 and 2016 ; even when a Federal High Court ordered for his unconditional release, still they flouted it. Disobedience of court orders is second nature to the lawless DSS.

“Justice Binta Nyako is fully aware of the antecedent of the DSS but still chose to remand and keep Mazi Nnamdi Kanu in their solitary confinement where her orders will be treated with levity and disdain instead of remanding him at Kuje Correctional center Abuja, a statutory sanctioned place for the custody of people waiting for or facing trial.

“Justice Nyako is to be blamed for this continued flouting of court orders by the DSS. Our leader Mazi Nnamdi Kanu has not been convicted of any offence in Nigeria or elsewhere in the world. He still enjoys his full constitutional rights as provided under the Constitution. Justice Binta Nyako must ensure that our leader Mazi Nnamdi Kanu does not remain in the custody of the DSS if she cannot release him unconditionally in the next court sitting date of April 8, 2022”