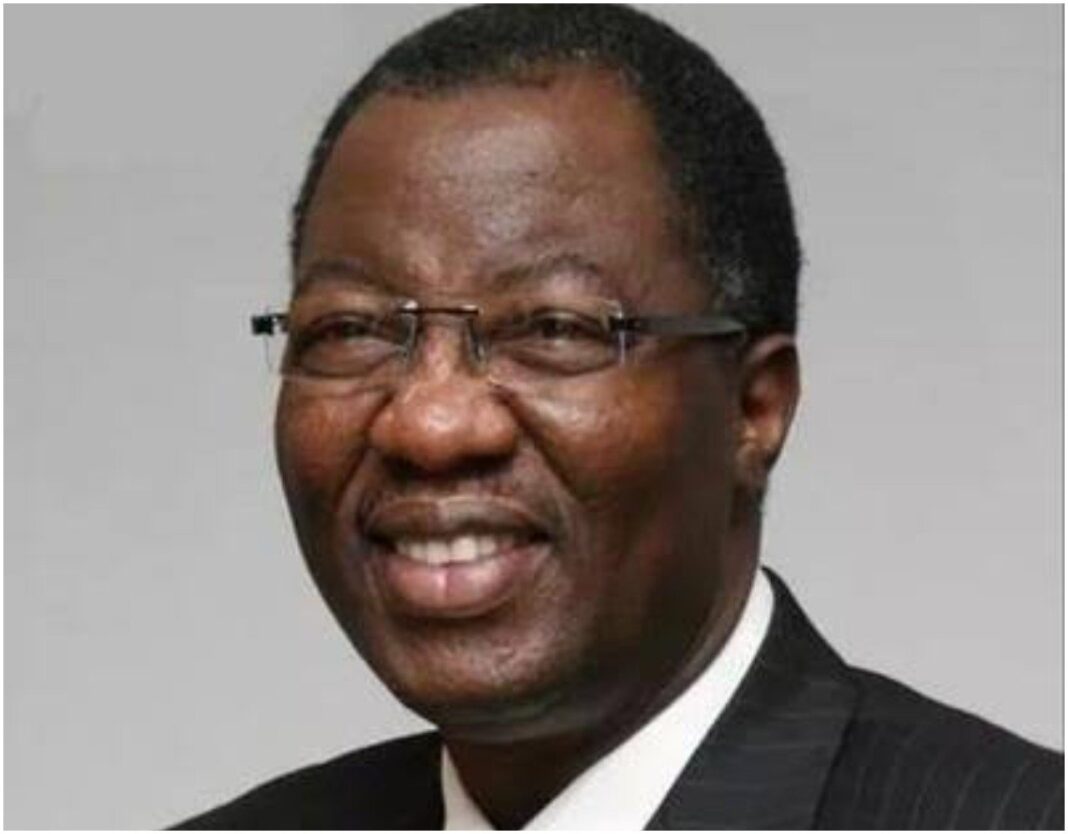 Family of Sergeant Adeleke Ogunsola, who died while opening a gate at former Governor Gbenga Daniel’s house in Sagamu, have said they were offered N1 million by some representatives of Daniel.

Ogunsola died Saturday under what some of his colleagues described as “mysterious circumstances”.

He was said to have been mistakenly hit by Daniel’s driver when he was opening a gate for him and this eventually led to his death.

Though Daniel said he was not around when the incident happened, he claimed to have reached out to the family of Ogunsola through the police authority.

However, it was gathered that Daniel has sent N1million to the two wives married by the deceased Ogunsola.

we learnt that the late cop left behind two wives and three children.

Speaking with newsmen, one of the wives, Motunrayo Ogunsola, explained that the money sent to them by Daniel was rejected by the family.

Motunrayo wondered what the family would do with N1million, with children who are still going to school.

“Since Saturday, they didn’t come to us, they came on Monday. Maybe it was because they realized that pressmen have been informed.

“After they left, the DPO called us to say that they brought the sum of N1 million. My husband married two of us. Are we going to share that into two, N500,000 each?

“We don’t know how he died. When some people came here from the former governor, they told us he was opening the gate for a vehicle carrying some irons and that one of the irons fell and hit him in the chest. The driver who drove the vehicle, we don’t know him. They are still hiding the exact thing that killed our husband from us. That’s sad.

“We are now demanding an autopsy to confirm what really killed Leke. We want thorough investigation. He must not just die like that. We’ve been to the mortuary to see his corpse, but that mark on his chest is not enough to kill him. They said he had internal bleeding after the incident, but the autopsy will reveal that. We are not going to bury him until after the autopsy,” Motunrayo said amidst tears.

She explained further that the family may have another meeting with Daniel or his representative on the way forward.

Oyeyemi denied any knowledge of Daniel offering the family N1million as compensation over their loss.

Earlier, Oyeyemi had described Ogunsola’s death as an accident that could happen to anybody.

Meanwhile, a police source who confided in our correspondent, stated that the driver was earlier arrested and accused of murder.

“But when there was a call from above, the driver was freed; Ogunsola was reported to have died in active service and the driver was set free. Thank God for the media, if not, the man would have been forgotten just like that. That’s what we go through in this job. I am leaving soon,” the senior officer said.