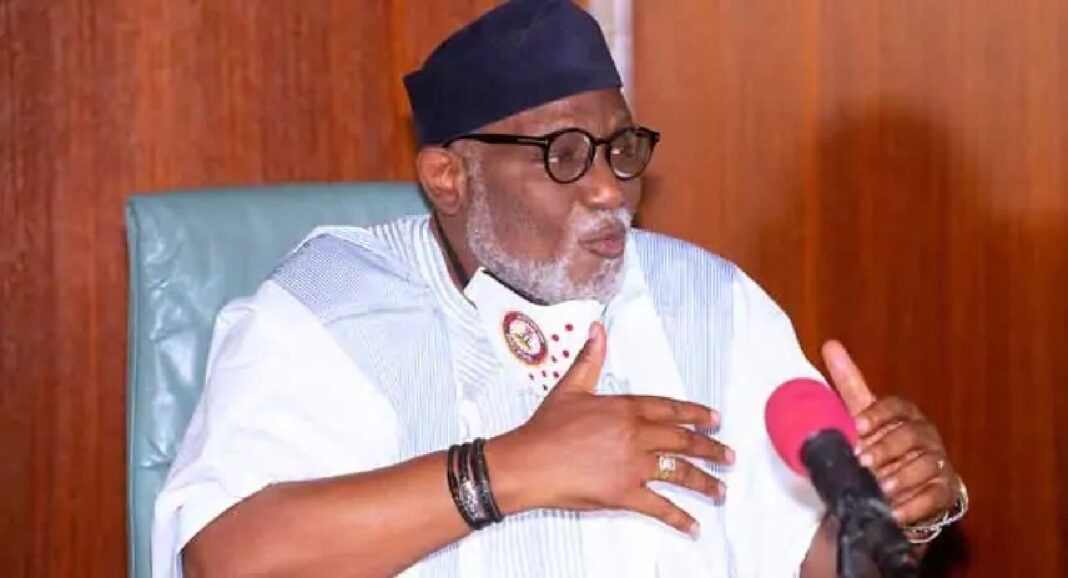 Akeredolu debunked insinuations that the South-West regional outfit was a rival to government agencies.

He made the clarification on Thursday while receiving Dayo Oni, the new Comptroller, Nigeria Immigration Service (NIS) in Ondo.

The governors said Amotekun personnel were familiar with local terrain and could help NIS and others in possible areas.

“We know your duties as immigration service. We do appreciate what you do. Amotekun is a child of necessity and has come to stay. The state is better for it.

“Work with Amotekun. It is not created to rival you. Work with them. Amotekun can help you”, NAN quoted him saying.

Reacting, Oni commended Akeredolu for his efforts towards tackling security challenges and formation of the outfit.

The official sought the assistance of the state government for operational vehicles for NIS.