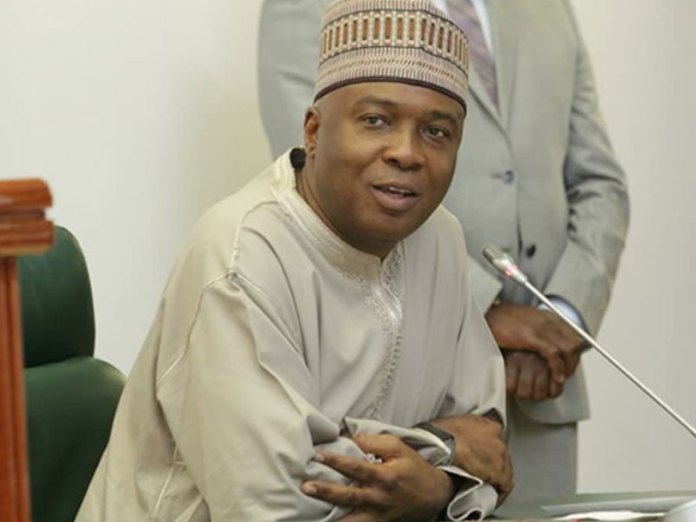 Former Senate President, Bukola Saraki has condemned the impeachment of Alhaji Mahdi Ali as Deputy Governor of Zamfara State, saying the development did not follow due processes.

In a statement on his Facebook page, on Friday, the former lawmaker alleged that Barr. Mahdi Ali was impeached by the State Assembly over his refusal to dump the Peoples Democratic Party, PDP, for the ruling All Progressives Congress, APC.

Saraki, who opined that such move would pose dangerous threat to the nation’s democracy, said the deposed deputy governor has right to freedom of association and should be allowed to chose his party.

He said, “At this time, when all leaders and stakeholders in our young democracy should be pursuing and encouraging all means to follow the Constitution, the abrupt impeachment of the Deputy Governor of Zamfara State, Alhaji Mahdi Ali, without following due process and just because he refused to join the ruling party is truly disheartening.

“We cannot attempt to subvert the freedom of association of any individual — whether a sitting public office holder or a regular citizen. This freedom allows any individual to freely join or exit a political party when he deems fit. The ruling party should not and cannot attempt to brow-beat a public office holder to join their party or to bend to their political leanings, simply because they have the majority in the legislature.

“We must preserve the integrity of our democratic institutions, otherwise, we risk setting dangerous constitutional and political precedents that can spiral.

“I must commend Barr. Mahdi Ali, for his courage and tenacity in the face of overwhelming adversity. He has shown that he is a young and progressive leader with true conviction. He stands as a beacon of hope for many young Nigerians”.

It was recalled that the Zamfara State lawmakers had on Wednesday impeached the deputy governor over some allegations leveled against him.

Few hours after the impeachment, the State Governor, Bello Matawalle, nominated Senator Mohammed Nasiha as the new deputy governor of the State.