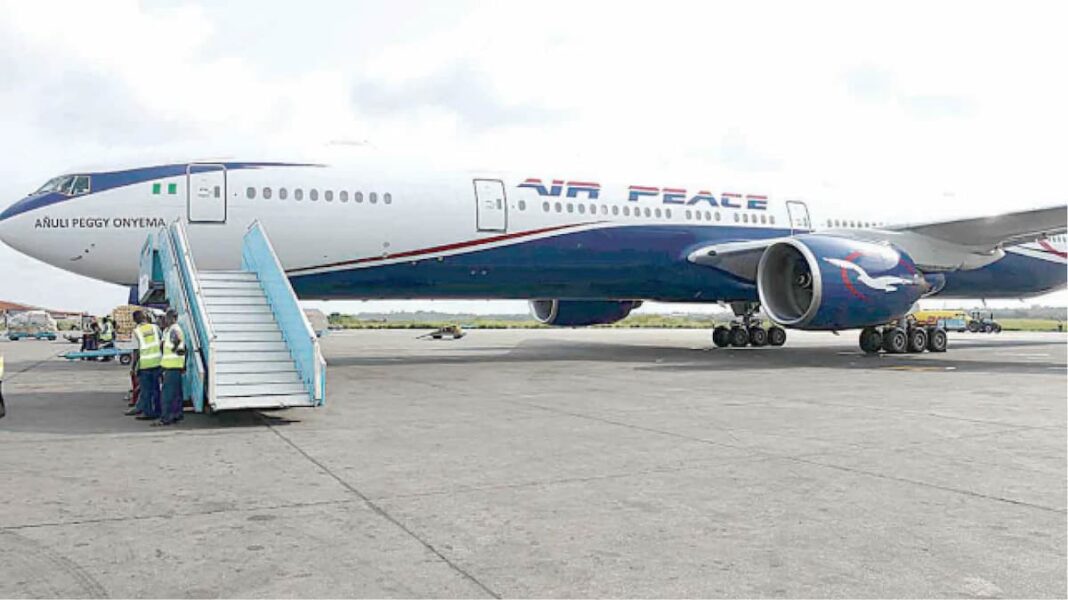 The Arewa Youth Consultative Forum (AYCF) Sunday said it is disturbed by the issue between the Kano Emirate and Air Peace while calling on prominent Nigerians to intervene.

The AYCF President, Alhaji Yerima Shettima in a statement made available to our correspondent said, “It is worrisome that a viable solution to the ongoing misunderstanding seems far away because elders in the country are yet to either pay attention to it or make a move in the interest of peace”.

Reports stated that Prince Isa Bayero, the Chief Protocol Officer to the Emir of Kano, Aminu Ado Bayero had accused the airline of disrespecting the Emir by refusing to delay its Lagos-Kano flight after the airline delayed its flight from Banjul, the Gambia to Lagos.

But Air Peace denied disrespecting the Emir and said it rather protected his image by refusing to delay a flight that was ready for takeoff. Prince Isa Bayero had also given the Airline a 72-hour ultimatum on Saturday to apologise to the Emir and the people of Emirates.

However, AYCF expressed shock that the Air Peace Chairman, Mr. Allen Onyema is being associated with disrespecting the Kano Emir, saying the Onyema he knows has never disrespected any monarch in the North not to talk of the revered Emir of Kano.

He said prominent Nigerians must urgently intercede in the misunderstanding between the office of the director of protocol and the management of Air Peace “for peace to reign, once and for all”.