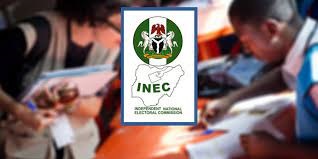 The Zamfara State wing of the Independent National Electoral Commission (INEC) has said its greatest challenge ahead of the 2023 general elections is the insecurity situation in the state.

The State Resident Electoral Commissioner, Professor Sa’idu B Ahmed disclosed this during a stakeholders’ meeting at the Commission’s headquarters in Gusau, the State capital.

He said the insecurity situation has affected the exercise in the state since its first phase, resulting in the non-conduct of registration in almost 13 local government areas due to the shutting down of all communication networks in the state.

Professor Ahmed explained that his commission had planned for rotation of the exercise at all the wards/RAs in the state before the commencement of the exercise in June 2021.

“However, due to the security challenges in the state, it became very imperative to suspend the rotation at the local government area headquarters” he added.

“There are also those who want to effect corrections on their data and indeed, for those who had lost their PVCs or it has been defaced and our machines cannot read them”

He, however, called on voters to come out en mass, saying that both the federal and state governments are working tirelessly to ensure a hitch-free exercise.

The political parties in the state that attended the stakeholders meeting were the ruling All Progressive Congress (APC) and the Peoples Democratic Party (PDP).

The representative of the Peoples Democratic Party (PDP), Bello Idris Galadi said the insecurity situation remains a teething problem to many local government areas of the state as bandits and kidnappers are still roaring like wounded lions.

Galadi explained that INEC cannot achieve expected results if the security challenges in the state continue unabated, saying that INEC may likely record very low voters turnout in the state.

“The truth remains that INEC may not record a very high turnout unless the security operatives in the State intensify more efforts to confront the bandits and kidnappers and stop them from disturbing the entire exercise,” he said.

However, the publicity secretary of the All Progressives Congress in the state, Mallam Yusuf Idris Gusau said he was very optimistic that the insecurity situation in the state would subside before the commencement of the exercise in the state.

He said the federal and state governments were not sleeping on the issue of security, pointing out that it has become perplexing and embarrassing and that the government would not allow that to thwart the smooth process.