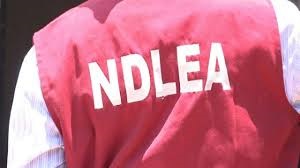 The Nigeria Customs Service (NCS), Kebbi State Area Command, on Thursday said, it has handed over 723 parcels of cannabis and other contraband items valued at N32 million to the National Drugs and Law Enforcement Agency (NDLEA) in Birnin-Kebbi, the state capital.

The Public Relation Officer of the Command, Nasiru Manga, in a statement on Thursday, said all the seized items were intercepted within three weeks and handed over to the NDLEA in Kebbi State Command in line with inter-agency collaborations between Customs and the NDLEA.

Giving details of the items seized in a statement, Manga said, following credible intelligence, the 723 parcels of 1kg each of cannabis sativa whose street value stood at N28.9 million were seized by the gallant officers and men of the Command along Kamba/Bunza highways.

He said the renewed onslaught against smugglers in the state has started yielding positive results, adding that, the Command also seized 8,850 litres of petrol, 16 bales of second-hand clothing and other items with street value put at N32.56 million.

He said the Command has zero-tolerance for smuggling of fuel and foreign rice, promising rice farmers in the state that the command is committed to seeing that modalities are put in place to ensure that activities of smugglers do not affect their farm products.