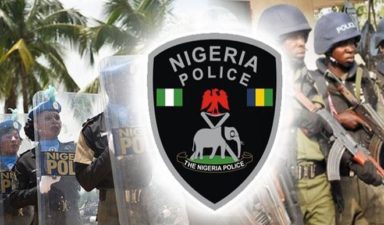 Oluwatosin Ikuemehinlo, a suspected serial murderer, has been apprehended by the Ondo State Police Command.

Oluwatosin, also known as 4G, was said to have terrorized residents of the state residing in the Okitipupa and Igbokoda axis.

The suspect was accused of being responsible for numerous deaths in the Okitipupa and Ilaje Local Government Areas of the state.

Oluwatosin was apprehended in Okitipupa after policemen in the axis were alerted of his presence in the community.

A police source said, “The alias, 4G, means that his network never fails. He had also murdered a number of persons in the neighbourhood and dismembered their bodies.

“He was suspected of selling human organs to occultists. He always took pictures of the dismembered and posted them on social media.”

A resident who craved anonymity said, “This is what we’ve been expecting from our security personnel; I believe they’re doing a good job now, but we still expect more from them for peace to return to our neighbourhood forever.

“4G has taken a lot of people’s life. His method of murder is unthinkable. He used to rip them apart like goat meat. He has instilled dread in the people of Igbokoda and its surroundings.

The suspect and others arrested in relation to criminal activities in Okitipupa were transferred to the Special Anti-cultism Squad in Akure, for further investigation.

Ondo Police Public Relations Officer, PPRO, Funmilayo Odunlami, said she was yet to be briefed of the details of Oluwatosin’s arrest.