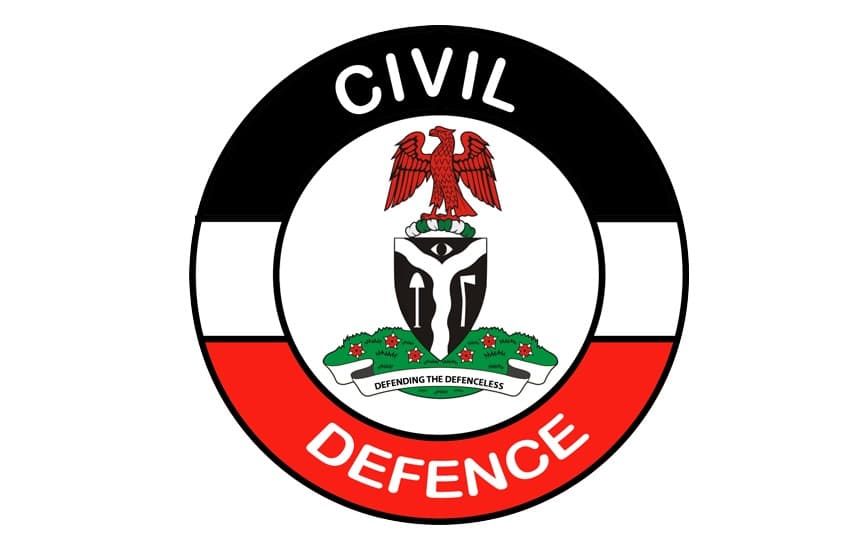 The State Commandant, Mr. A A Sparks said that in line with the commitment of the Corps to rid Zamfara State of all forms of criminalities, groups of criminal gangs, with different criminal offences, have been apprehended by the men of the Corps and they are ready for prosecution.

According to the State Commandant, some were arrested at the Maulid ceremony ground, which was concluded on the 5th March, 2022, while attempting to pilfer from innocent participants.

“These criminals took a paid bus from Zaria, Kaduna State to Zamfara State just to commit mischief at the Maulid ground. They were arrested and brought to the Command for investigations,” he said.

Speaking further, the State NSCDC boss said that four other suspects who specialized in pickpocketing and stealing of handsets were also apprehended by men of the Corps at the Maulid ceremony ground.

Mr. Sparks noted that some exhibits of stolen phones were found at their disposal, saying that the criminal gangs are also from Zaria city, who have come Gusau to dispose innocent participants at the Maulid of their belongings.

“These criminals who were suspected of fleeing from a crime scene under investigation were sighted hibernating in one Nafiu Usman’s resident at Tsafe town,” he said.

He also said that three suspects have been arrested from Kara village of Wanke district in Gusau Local Government Area for criminal conspiracy, tampering with electric wires and theft.

Mr. Sparks assured that the suspects will be charged to court of competent jurisdiction as soon as investigations are concluded.