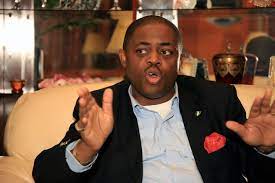 Femi Fani-Kayode, a former Aviation Minister, has criticized Governor Nasir El-Rufai of Kaduna State over his comment on the removal of Governor Mai Mala Buni of Yobe State, as the acting Chairman of the All Progressives Congress, APC.

The Kaduna State Governor said his Yobe State counterpart would not continue as the acting Chairman of the ruling party.

El-Rufai said Buhari approved Buni’s removal before he embarked on his medical vacation to the United Arab Emirates (UAE).

He also alleged that the Yobe State Governor had concluded plans to scuttle the party’s national convention through frivolous court injunction.

However, Fani-Kayode dismissed the claims made by El-Rufai.

Appearing on Channels Television on Friday, the former Minister doubted if the President ever approved Buni’s removal.

The APC chieftain insisted that El-Rufai was wrong to have discussed such matters on national television.

“I have never seen a situation where the minister or governor or even party chairman would come on national TV and say the President has endorsed someone and everybody ought to sit down. The President of this country is a democratic, decent person who would never act that way.

“Even if the President told them that, it is not right for El-Rufai to come on national TV and disclose that or begin to paint the President as if he were kind of a dictator. We are in a country of laws which must be regarded. If the President wants to remove Buni, we would do it according to the law,” he said.