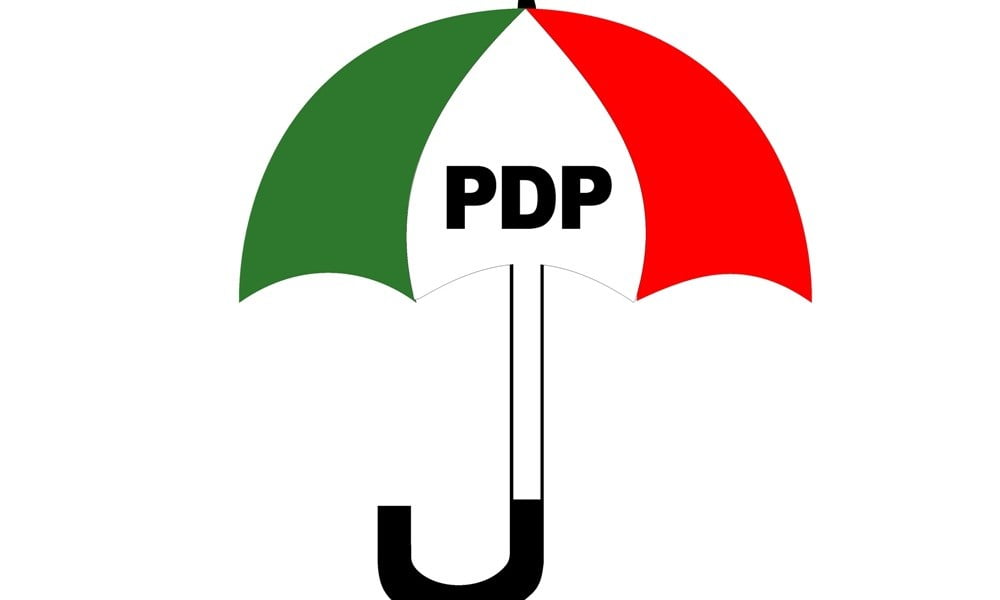 Bassey and Godwin Ekpo, the member representing Ibiono Ibom in the Assembly, had gone to consult stakeholders of the Peoples Democratic Party (PDP) on his senatorial ambition before the speaker was attacked by youths.

It was gathered that loyalists of a top governorship aspirant in the area insisted that before the speaker addressed them, he must remove his face cap which had the insignia of Governor Udom Emmanuel’s preferred successor, Pastor Umo Eno.

Bassey refused to take the cap off, insisting he was not there to campaign for Eno but to consult on his ambition to run for senate in 2023. He was forced to leave after the youths insisted he could not address them with the cap on.

Responding to the ugly incident, the groups in a joint press conference at the weekend by the leaders, Uwemedimo Umana, Stephen Abia and Faith Mbowo, described the incident as sacrilegious on the office of the Speaker who is the number three citizen in the state.

Barrister Abia, who is the chairman of the Akwa Ibom Integrity Alliance, expressed disappointment that some people could constitute a nuisance and go about harassing politicians who do not align with their views in the 21st century.

“We are indeed saddened that in the 21st century, a bunch of sane beings could constitute themselves into a nuisance and go around harassing and assaulting innocent persons who do not align with their political views.

“It is worse that they could go as far as demanding that Hon. Aniekan Bassey the State’s number three citizen should take off his cap because it carried the imprimatur of his preferred Governorship aspirant, Pastor Umo Eno, not that of their alleged principal, Senator Bassey Albert Akpan.

“Are these agitators telling us that if Aniekan Bassey had put on a pair of trousers or shirt with the inscription of Umo Eno, they would have stripped him naked before allowing him to consult Ibiono Ibom delegates?” he asked.

While commending the speaker for his peaceful disposition by leaving the scene immediately, Abia called on security agencies in the state to take further steps by ensuring that all those fingered in the act are brought to book immediately.

Also reacting, the Director of Communications, The Mandate Eye, Dr Uwemedimoh Umanah said the action of the youths was the height of disrespect to the office of the speaker and an infringement on his human rights.

According to him, “This represented a sacrilege and the height of disrespect to the office of the No 3 Citizen of the state. Let us at this critical juncture salute Mr Speaker for displaying such unparalleled leadership and statesmanship through actions that circumvented violence and hostilities in the state. That Mr Speaker did not allow the appurtenances and weight of his office to influence him typifies altruistic leadership.

“That dastardly act infringed on the fundamental right of association and speech of the Speaker, as enshrined in Section 40 of the 1999 Constitution of the Federal Republic of Nigeria as amended, inter alia: ‘Every person shall be entitled to assemble freely and associate with other persons, and in particular he may form or belong to any political party, trade union or any other association for the protection of his interests.’

“Therefore undermining Mr Aniekan Bassey’s fundamental rights is antithetical to democratic culture and the process of democratic consolidation in the state.”

“Suffice it to say that, if the zoning of the governorship were done on the basis of Local Government Areas or micro- zoning, it would take about 36 years within Uyo alone, before it gets to the next Senatorial District. It is therefore morally reprehensible, unthoughtful, illogical and insensitive for any person or group to feel entitled to the seat of Governor and subject it to personal considerations- against the interest of the whole state,” they said.