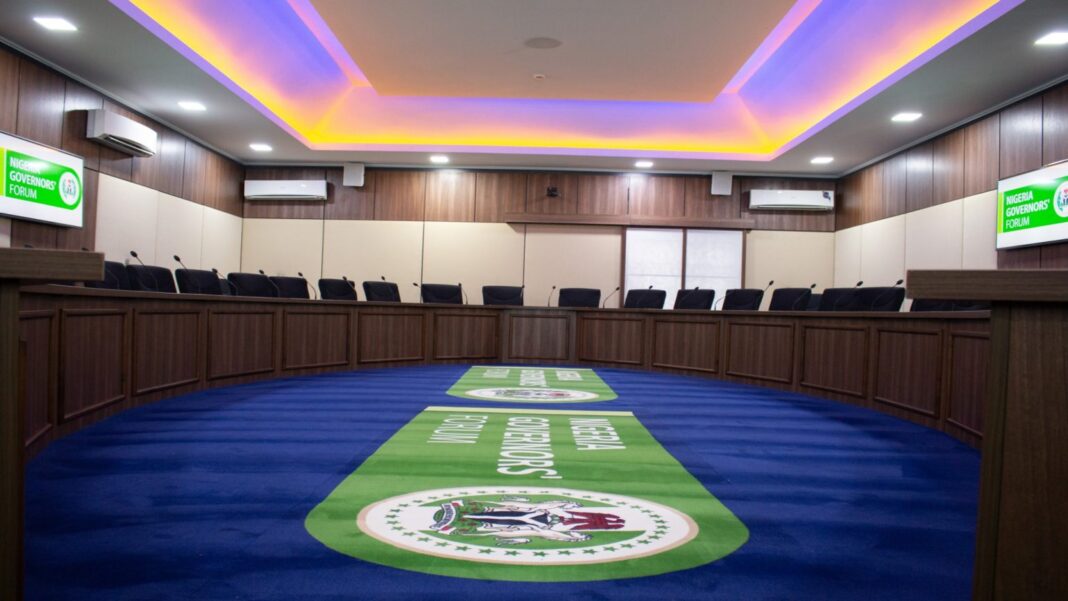 Ahead of the Presidential primaries of the ruling All Progressives Congress (APC) as well as the opposition Peoples Democratic Party (PDP), governors of the 36 states of the federation are insisting on producing the next President of the country, come 2023.

The decision of the governors was reportedly arrived at and perfected through the platform of the Nigerian Governors’ Forum (NGF) to the effect that the Presidential candidates of the two major parties in the 2023 Presidential elections must be taken from amongst the governors.

Sources within the NGF, who spoke to The AGENDA NEWS hinted at the weekend that the state governors had reached a consensus that one of their own, irrespective of the party, must emerge as the next President of the country.

Their decision followed the insistence that state governors have the competence, experience, ­age advantage and contemporary connections needed to rebuild the nation.

It was gathered that the decision is the reason the state governors are insisting on the control of the structures of the two major political parties ahead of their congresses and Presidential primaries.

Our sources at the NGF insisted, “I can tell you that the governors of the 36 states have reached a consensus that one of them should emerge as the next President of the country.

”The governors have been meeting and consulting on producing the Presidential candidates of both the APC and the PDP and the consultations have reached a very advanced level. In a matter of days, the governors will make a formal declaration in this direction”, the source said.

Our sources also said this is the main reason the state governors in the APC are insisting on retaining the control of the APC’s Caretaker/Extraordinary Convention Planning Committee (CECPC) ahead of the party’s National Executive (NEC) meeting next Thursday in preparation for the National Convention later in the month.

In the opposition PDP, the governors are said to have intensified consultations among party leaders ahead of the PDP national caucus meeting scheduled for Monday in Abuja as well as the Party’s NEC meeting on Tuesday.

The PDP is expected to reach critical decisions, including zoning as well as its schedule of activities and guidelines for the 2023 general elections at the two crucial meetings.

The governors are expected to make formal presentations to their parties ahead of the Presidential primaries.