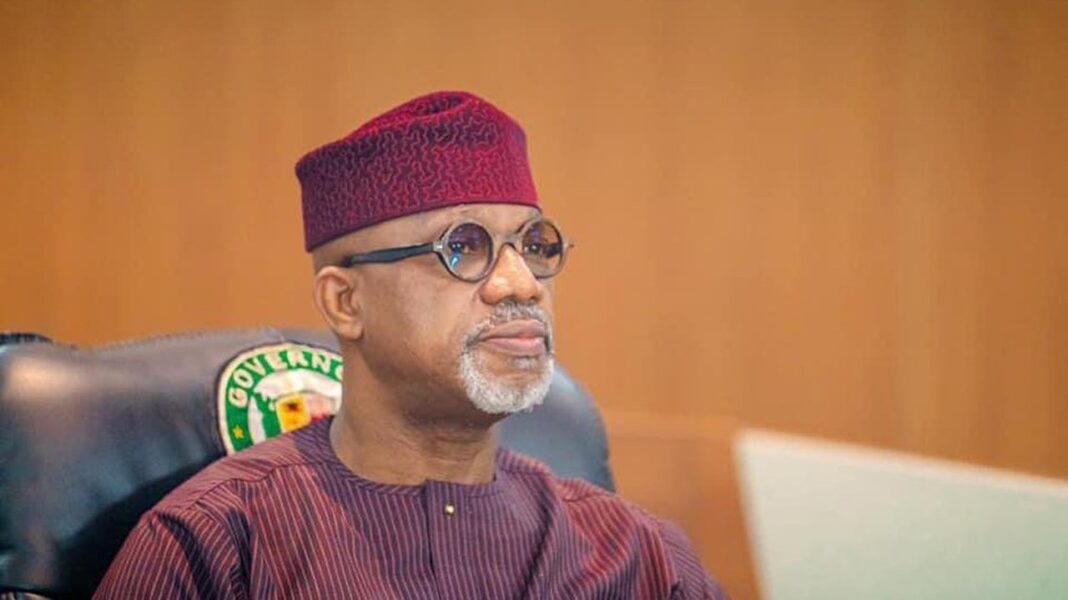 Ogun State governor, Dapo Abiodun, has disclosed that the ongoing construction of the 19- kilometre Atan- Lusada-Agbara road in Ado-Odo/ Ota Local Government Area of the state, will be ready for commissioning in September.

Abiodun gave this disclosure on Sunday after inspecting the level of work done on the industrial road.

He noted that the contractor handling the project has divided it into three sections: O-6, 6-11 and 11-19 for ease of execution of the road.

The governor, who expressed delight with the quality of work done so far, added that the contractor has agreed to add one mare gang to the existing one to expedite the progress of job.

According to him, “one lane of the road is expected to be completed by the end of the second quarter of this year, while the whole road project would be completed by September, 2022”.

While stressing the importance of the road, Abiodun said the road which was in a very bad shape for a long time, would be provided with fire station and an ambulance to take care of emergencies ranging from accidents and other unfortunate incidents, when completed.

“This very road is what earned us the industrial capital of this country. Before now, the condition of this road was nothing to write home about. It was in a total and complete disrepair and rendering a lot of business moribund. Companies were closing shops and going somewhere else. Some even left the country and we thought this was not good enough.

“I made a presentation to President Muhammadu Buhari to take over the road because it is a road of economic importance and we can not claim to live up to our responsibility without taking up the repair of the road.

“Apart from leading to the industrial hub of the state, the road also serves as a link to Lagos, neighbouring states and some states in the north, so, it became imperative for us to put the road in good condition”, he stated.

Abiodun, however, said a team to be headed by his deputy would be set up to look into the Adesola Market as well as the abandoned flyover in the axis, reiterating that his administration would complete projects that have direct bearing on the lives of the people.

He further stated that his administration had awarded the construction of Ilisan-Ago-Iwoye and Ilaro-Owode roads, while talks were on with the Dangote Group to construct the Papalanto-Ilaro road.

The governor also restated the commitment of his administration to complete the Agro Cargo Airport at Ilishan-Remo, which according to him is expected to be completed on December this year.

Earlier in his remarks, the Olodan of Odan, Oba Teslim Nosiru, said the road is very important as it serves not only the companies operating in the area but the residents.

He pleaded with the state government not to forget provision of modern fire station to respond to emergency situations, after the completion of the road.