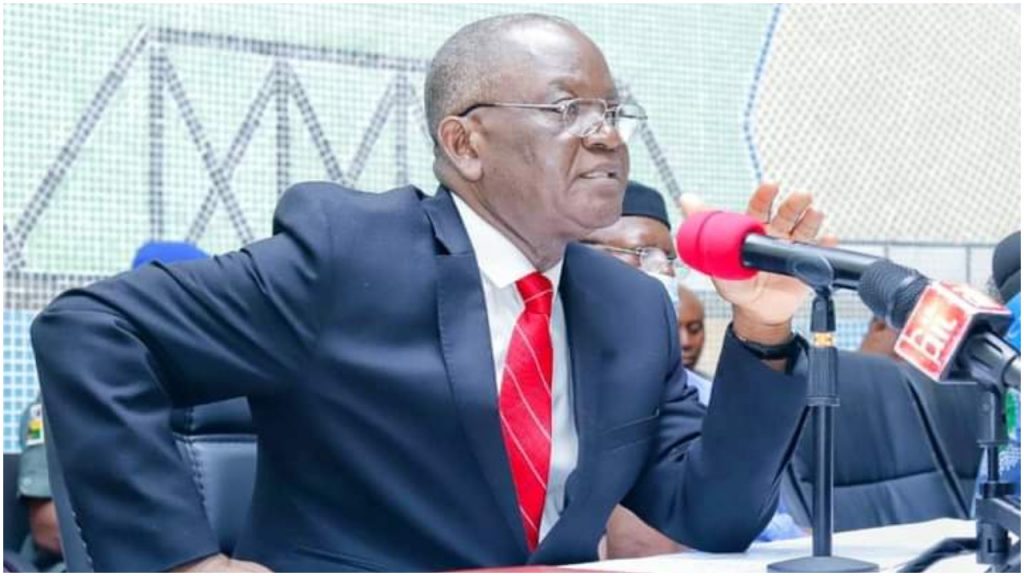 The Coalition of Southern and Middle Belt Youth Leaders Assembly, COSMBYLA, has thrown its weight behind Governor Samuel Ortom’s ambition to represent Benue North West Senatorial District at the upper chamber in 2023.

The governor had declared his intention to run for senate upon completion of his tenure in 2023.

Reacting, COSMBYLA, an umbrella body of all the youth groups in the South East, South West, South South and Middle Belt regions, said the governor would use his experience to tackle issues bothering the district particularly the incessant herder attacks.

According to the coalition, Ortom, who recently bagged “Governor of the Year On Security”, would put in his best and make sacrifices for the good of Nigeria and those he would represent.

In a statement issued by its President-General, Goodluck Egwu Ibem, the coalition commended some stakeholders of the state who had endorsed the governor for the position ahead of the 2023 elections.

The statement reads in part, “despite been the Governor of Benue State, Ortom sees Nigeria as his immediate constituency and this is why he always speak in defence of the masses who have no voice of their own. Ortom truly stands in the gap for all Nigerians.

“The good people of Benue State are the luckiest people to have a man like Dr Samuel Ortom as their Governor who stands with them at all time even when it is not convenient for him to do so”.