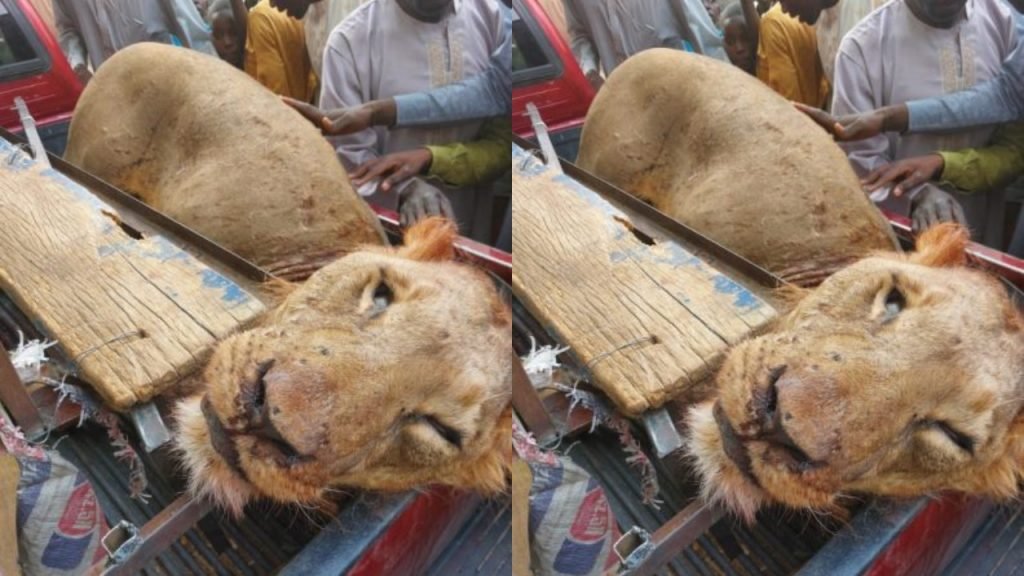 The Director of Forestry and Wildlife, Ministry of Environment, Borno, Mr Peter Ayuba, has confirmed the killing of a lion by hunters in Konduga Local Government Area.

Ayuba, who spoke to the News Agency of Nigeria (NAN) on the incident on Tuesday in Maiduguri, said the lion might have strayed from Waza Game Reserve in neighbouring Cameroon Republic.

“We have similar incidents of Elephants from the game reserve entering villages in Kala-Balge Local Government Area.

“There is also an incident of some hyenas killing a man in the bush in Kaga LGA.

“Absence of human activities in some rural communities for several years has transformed many farmlands into thick forest,” Ayuba said.

He explained that the several years of absence of humans made the animals in reserves wander into the villages.

He added that the villages hitherto had been without humans until now that people were returning to base with the gradual return of peace.

Ayuba urged resettled communities to be careful and vigilant, pointing out that the lion killed on Sunday could have other pride members lurking.

Also speaking, the Information Officer of Konduga LGA, Mallam Asheikh Chabbol, said the lion chased some irrigation farmers in Malari village who had to invite hunters to engage it.

“Hunters engaged the lion, which injured two of them before it was killed.

“The injured hunters are receiving treatment while the carcass of the lion was taken to the Ministry of Environment,” Chabbol said.