APC Convention: We Will Align With Buhari’s Choice Of Candidate For Chairmanship – Governors 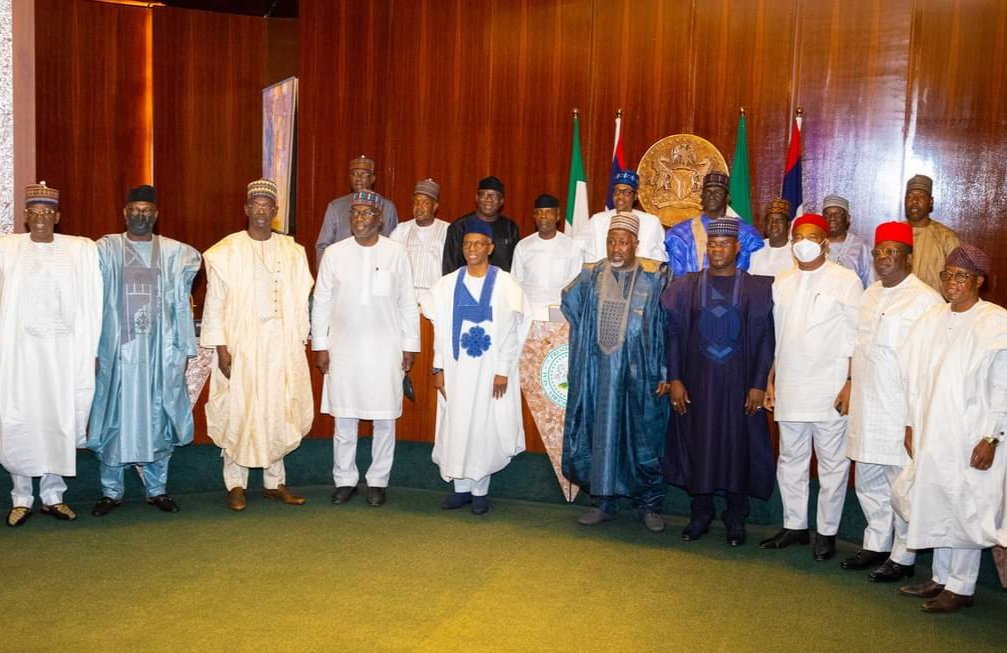 Last-minute scheming for the All Progressive Congress national convention saw a good number of governors from the party meeting with President Muhammadu Buhari on Wednesday.

They have, however, pledged to align with any candidate of Buhari’s choice, especially for the chairmanship position which will be keenly contested this weekend.

The governors were led to the meeting by the Chairman of the Interim Committee of the party and Governor of Yobe State, Mai Bala Buni.

The chairman of Progressive Governors Forum (PGF) and Governor of Kebbi State, Atiku Bagudu, said they will support any process that would lead to a consensus.

Recall Buhari had last month said he was in favour of the consensus model for selecting candidates for the party’s national positions.

He had urged the governors to explore the option of consensus.